The best monster games are truly leviathan: they come in a variety of shapes and forms, and you’re never quite sure where they’ll turn up. Spanning at least a couple decades, they are designed for a rich variety of apps and consoles. The following five are some of the best monster games available, ranging from the sublimely creepy to the sweetest fiends. 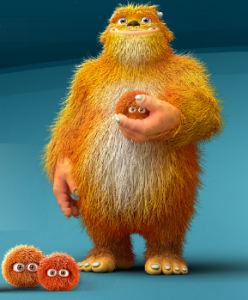 One of the latest in a line off trendy casino style games, Scary Friends is a fun casino game that can be played instantly on almost any browser. This video slot runs on a QuickFire platform. Monster players become totally entrenched in colourful graphics, quality sound effects, and exciting bonus features. Anyone who loved Monsters Inc. while truly appreciate this lively video slot!

Monster Hunter Tri Wii has run the gamut since it was released by Capcom in 2010.  Online quests provide players with chances for accumulating monsters while involved in heroic quests. Virtual players collect advanced weaponry and armour along with specialized items. Opportunities for single and multiple players throw competition into cyclic events and quests that allow additional dividends. 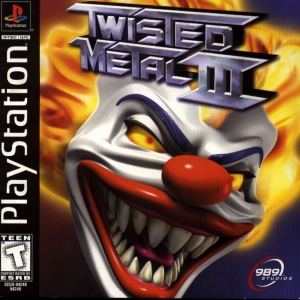 A game that’s sublimely creepy! Designed for PlayStation (PSI), and released on Halloween 1998, Twisted Metal III was an instant hit. Developed by Sony Computer Entertainment America it morphed into several offshoots and platforms. Based on a series of levelled designs, it incorporates characters and locations using 3-D graphics that add terror to truly twisted elements.

A concept that makes the skin crawl, this is another PlayStation favourite. Who would have thought that monster breeding and rearing could be quite so enthralling? Monster Rancher and Monster Rancher2 are proven hits since released by PlayStation in North America. The Japanese counterpart “Monster Farm” has also been very successful. One of the unique characteristics of the game is that a “disc shrine” allow you to insert CDs thereby creating new monsters to be raised on the Monster Farm/Ranch until they’re ready for battle against Pokémon type enemies. Tournaments and accumulated prizes provide for monster food, living quarter upgrades, and stat dividends. What’s more, the monsters are susceptible to illness, injury, and emotional challenges that complicate and potential shorten their lifespan!

Free Once Upon A Monster:

Now on the sweeter side of the monster scene, Sesame Street’s “Once upon a Monster” is heart-warming and fun… monsters at their best! The Xbox 360 game, ideal for families, provides a light-hearted look into the ogre realm. All the favourite Sesame Street characters: Cookie Monster, Elmo, Grover, and Oscar, and several new neighbourhood friends join in lively storybook escapades, where monster friends help other monsters with various challenges. This whimsically delightful, interactive game builds on cooperative developmental strategies. Children learn important concepts while having fun playing with a charming assortment of colourful characters.

Whatever your monster mood, these games are a mixed bag! They are five of the very best monster games around, suitable for fiends of all ages.