The realms of online and mobile-based gaming are both incredibly fast moving markets and at the moment we are seeing masses of players and gamers turning their attentions to these platforms more so now than traditional console gaming. This rising popularity has meant that a number of industries have had to pull out all the stops in order to compete and in some cases many are still left playing catch up. But whilst some industries evolve others are now even looking at the possibility of merging technologies and bringing various forms of online gaming into the real world. 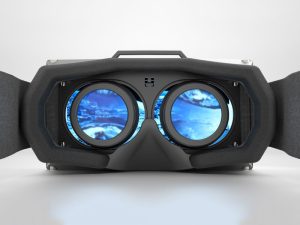 Vegas has always been a prime location to introduce new and innovative technologies. Many of the latest slot and table games first appeared in this city of sin and it has also embraced the latest video slots, casino software and now even environmentally friendly solutions that are beneficial to both the everyday running of a casino as well as helping to improve its eco-friendliness, all part of its various green initiatives. But is Las Vegas ready to being offering its patrons video game gambling alternatives for this vastly increasing generation of new gamers?

Challenging and skill-related games are incredibly popular particularly on mobile-based devices. Games such as Angry Birds and Candy Crush have made millions in revenue around the world and both games require a certain level of skill. It’s their addictive gameplay that keeps players coming back for more and which has helped make them the success stories they are. And now there are plans to introduce games into casinos that adopt a more console and app-based styles and themes to help attract absent gamers back into these land-based venues.

Casino e-wallets and tablet-based kiosks and enclosures are also being considered to bring back casino patrons through the doors giving them something that is now a familiar aspect of their normal everyday smartphone and tablet-related lives. These skill-based offerings are simply another way in which to pull in a new generation of gamers looking for something a little more challenging than simply relying on games of chance. Playing games such as blackjack or bingo relies on luck and creating such games that pay winnings based on skill itself could be a tricky concept to put into practice when these potential machines hit the casino floors. The introduction of smartphones back in 2007 has helped to increase this market, ensuring you get the best mobile bingo experience or poker and casino games, like playing at your favourite casino, such as Novibet Casino.

Another important advancement in gaming technology is virtual reality and 2016 will be seeing an influx of various VR tech that will change the way in which we game. And once more it’s another platform that if casinos adopt in the correct manner could catch the attention of many youngsters and VR gamers looking for a more immersive casino experience.