The smartphone has taken over the world of tech, even my grandmother has one and she hasn’t got a clue about technology. At the top of the handset world sits the flagship, the one device in a company’s arsenal where all the top specs, top design, and top price tag are placed. There are plenty of options out there if you are shopping for a flagship and it is certainly a daunting choice if you are not someone who keeps up to date with the latest releases. 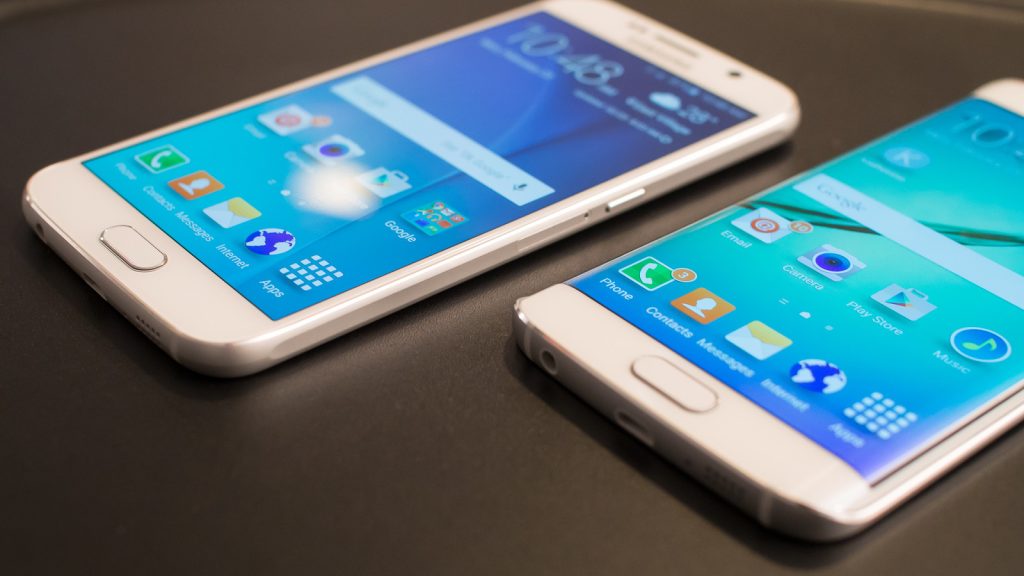 Our 2015 Summer Buyer’s Guide will tackle some common expectations for flagships, what specs you should look for, which OS is best, and lastly we will take a look at some of the best handsets available on the market right now.

Expectations of a flagship

A flagship smartphone is usually released by a company to showcase the best that it can offer at that point, and it is a device that is typically a best-seller in a manufacturer’s product portfolio. However, it is not simply the best handset a company makes that should define a flagship, there are some hardware expectations as well. For example, a flagship smartphone should offer the very best specs on the market, or at least check enough boxes to be close enough to doing so. That is the reason why a device like the OnePlus One (that costs $300) is a flagship, and one like the HTC Desire 826 (price tag $400) is not.

Speaking of specs, there are certainly common misconceptions about certain features, especially amongst those who do not necessarily follow mobile news. Processor and screen are the key examples here and consumers are often dazzled by big numbers for processor and screen without knowing that it is not always important.

A new super-fast processor is of course the best option, but it is not the only one and it is certainly not the only way to get an admirably performing smartphone. Power users may notice differences between two generations of high end chips, but most users probably wouldn’t. If you are someone who is going to do loads of mobile gaming or other intensive tasks, the faster the processor the better. It is not a deal breaker to not have the fastest chipset out there however, and sometimes compromises can be made, such as the fantastic LG G4 that has Qualcomm Snapdragon 808, a step down from the Snapdragon 810 found in the HTC One M9 and Sony Xperia Z4. Then again, those two latter handsets are plagued by overheating issues.

Screens fall into the same trap with consumers often fooled by high resolution alone. Again, there’s nothing wrong with opting for the best screen, but it is not a be all and end all. Quad HD is the highest resolution available right now, but the truth is 1080p Full HD is still stunning in its own right when implemented correctly. Some even argue that Quad HD is not even viable on a device under 6-inches or that the human eye cannot even see improvements past 720p. We are not getting into that debate as the aforementioned LG G4 is Quad HD and has a dazzling screen that is almost beyond anything we have seen on a smartphone. Don’t be tricked into thinking it is a huge difference though and be ready to stick with 1080p if the overall package is a good one.

Battery is a hugely important spec now (Quad HD screens can drain a battery faster), but it is also one of the hardest to judge. With smartphones able to do more and more it seems like all the tech is moving quickly forwards apart from battery, so there is a balance at the moment… do you want your device to last more than a day on a charge? Just a high mAh rating will not mean the battery is guaranteed to be long lived, so it is hard to know by a spec sheet alone. This is where outlets that are trusted review providers can help as they test the devices and give detailed battery performance analysis. Don’t go solely on the mAh number, case in point the Sony Xperia Z3 with probably the best juicer on the market has nowhere near the biggest battery pack.

Camera technology on smartphone has produced a seismic shift in the consumer market, essentially killing off the point and shoot as a viable product. However, consumers often make the mistake of believing that megapixel count is the thing to look for, when it actually isn’t. Again, more numbers is always good, but not necessary. Apple’s 8MP shooter on the iPhone 6 is a triumph and much better than plenty of smartphone cameras with nearly double the megapixel count. Here you can look for specific features instead (such as OIS and HDR) but flagships are so alike in this department that they rarely come with a killer camera feature that rivals lack. Instead it is once again wize to turn to reviewers and see what they think about cameras on devices, which are the best around, and you can even check out some samples.

The three main platforms on the market are Android (Google), iOS (Apple), and Windows Phone (Microsoft) and the way they go about things is very different. As such, choosing the one for you will really depend on what you want from your operating system and what device you have in mind and what platform it runs on.

Samsung’s Galaxy S6 is the best smartphone the company has ever made and is certainly the best feeling in hand. That’s partly thanks to the Korean giant finally ditching plastic in favor of a metal body, and the premium difference is telling. The S series now truly feels elite and with huge performance, a stunning screen, strong battery, and market leading specs in other areas, the GS6 is a winner. Not a perfect one though as Samsung’s own TouchWiz UI is still a drag on Android compared to other skins, but it is admittedly a minor gripe.

LG struck gold with the G3 and while the company has not quite done so again with the G4, it is not a huge problem. The G4 is a mature device that builds on its predecessor to make everything better. The design is more sophisticated, the screen a triumph, the battery improved, and the camera vastly superior. There are downsides, such as a sketchy build quality, plastic body, and underpowered processor that will be telling for power users.

It is almost cheeky to say a smartphone as all-round spectacular as the HTC One M9 is slightly disappointing, but that is the high standard the company set in recent years. The One and One M8 were game changers and the M9 simply isn’t. That said, it still looks utterly gorgeous, has a strong list of specs and features HTC’s solid Sense UI, we just wish the Taiwanese company had shot for greatness again.

Sony is another company that is treading water with its latest flagship. The Xperia Z3+ is merely an updated version of last year’s Z3, to the detail. It looks the same and the more critical out there would say Sony’s design is growing stale, but we still say the Xperia Z3+ looks imposing and premium. There is a reason for this compromise as the company is reportedly going to roll out another flagship later in the year, but for the time being the Z3+ remains a solid choice.

Apple’s iPhone 6 has been with us since last September, but it has lost none of its all-round appeal. The handset looks beautiful, but more importantly still manages to feel like no other on the market, it oozes charm that only a pop culture icon can. Thanks to iOS’s light touch, the iPhone 6 is one of the best performing smartphones available, and it just nails everything out of the box. Like the Galaxy S6, there is arguably not a poor aspect here, but the screen is not able to match the best Android has to offer, and those wanting a bit more adventure may find iOS a little boring.

To not mention Chinese companies in more depth is almost remiss, but the fact that most devices from China are not available in other regions of the world makes a difference. That said, six of the top 10 smartphone companies in the world are Chinese and the likes of Xiaomi, Huawei, ZTE, Lenovo, Meizu, and OnePlus all make stellar flagships. However, the list of flagships below while being very good still do not a match up to the overall quality of the ones listed above… in our opinion of course.