October 22, 2021
12 New Articles
Home Articles 5 Huge Incoming Games You Should Be Excited About

This year is quickly coming to a close. This article explores 5 of the bigger incoming titles that should be on your pre-order list, all of which will be available fairly soon. In no specific order, here’s 5 games which should be unmissable. 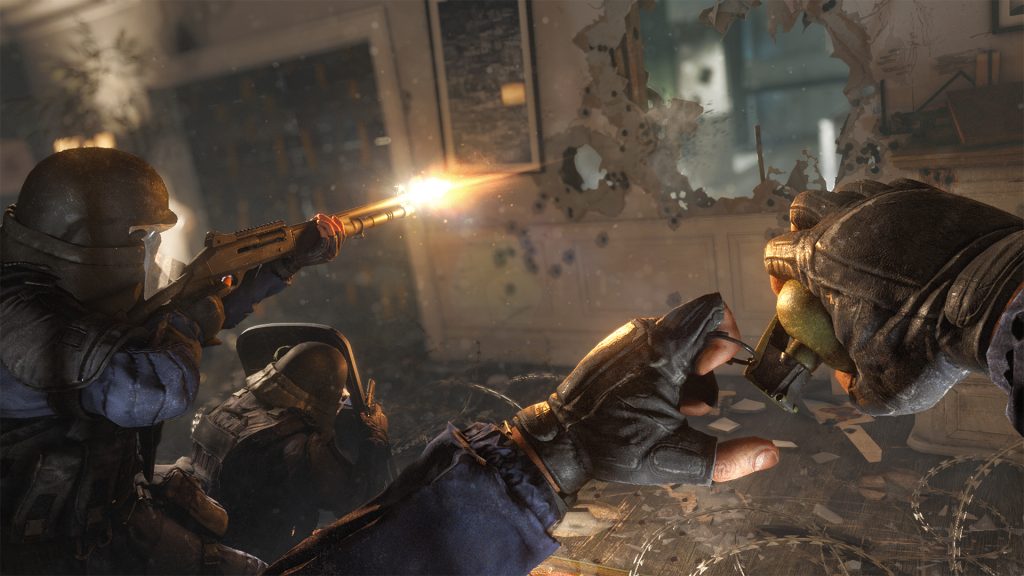 After a long wait in the dark, Tom Clancy finally emerges with one of the most awaited shooter game of the year. Rainbow Six Siege, the newest version in the edition, is expected to be a slight deviation to the traditional Rainbow series games. Despite having a significant influence of teamwork and individual abilities, it is expected that this version will have more emphasis on environmental detail (and exploitation), as is often seen in games such as Battlefield or Medal of Honor.

The team leader in this installation is known as ‘Six’. Similar to previous versions of the game, players have predefined target enemies to be taken out. This time, these are known as the White Masks, with the aim of spreading chaos around the world.

With more detail into explosive content, there is a newer system for bullet impact. For instance, enemies that get hit through a structure are dealt lesser damage than with direct exposure. With greater multiplayer interaction options, the game has so far received positive reviews thanks to increased tension among team-base gameplay. Rainbow Six Siege comes out on December 1st to make an amazing end to the year. 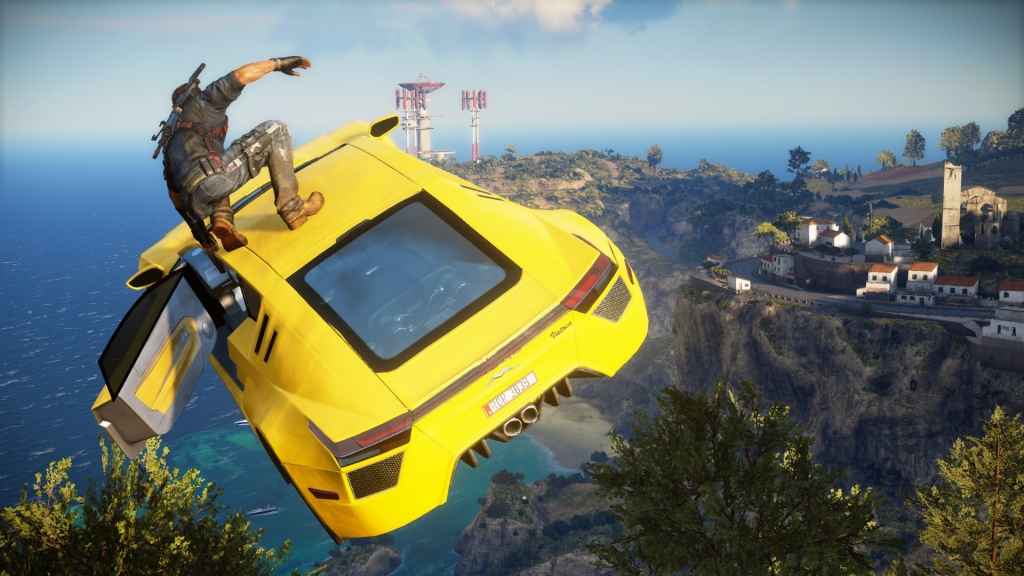 Just Cause 3 is the sequel to the action-adventure game Just Cause 2, and is set in the Mediterranean island of Medici. This time, the island’s ruler, known as General Di Ravello is the tyrant set about to dominate the world. Our protagonist, Rico Rodriguez, returns from Just Cause 2 to the island (being his homeland). Seeing the evil plans of the General, Rico sets about to stop these and restore peace to the island.

The game’s physics allow for more dynamism in this version. With greater depth and verticality, the player can now explore the higher and lower landscape (such as caverns and buildings) with greater detail. Better mechanics are introduced with more traditional tools, such as the parachute in the earlier version. To make the game more exciting, the player is now provided an unlimited supply of C4, an upgrade on the last version, where the player had to buy the weapon.

The game is set to release worldwide on the first day of December, with special Edition bundles expected to follow. 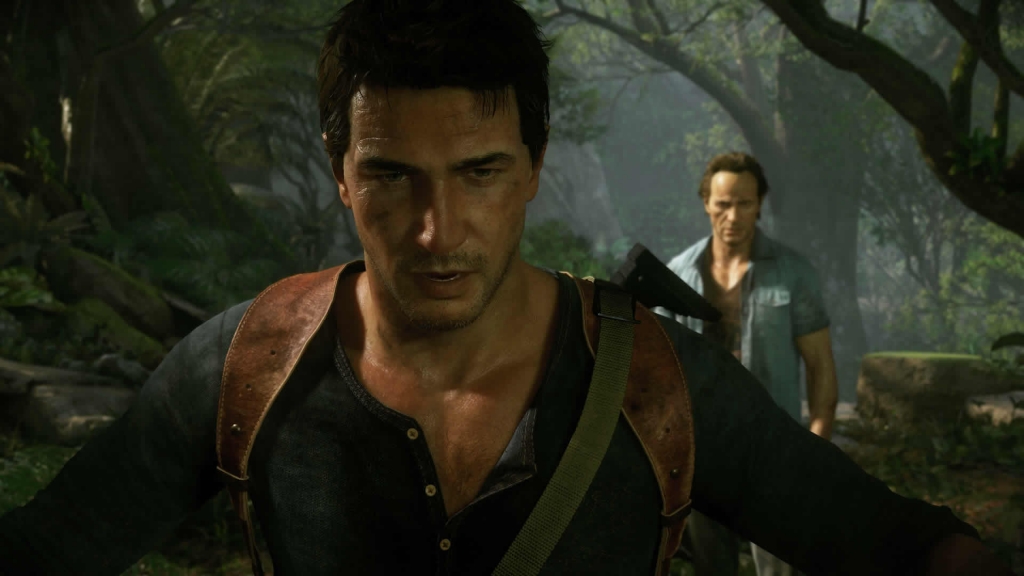 Fans of the action adventure genre would be delighted by the news – Uncharted 4 is expected to be released earlier next year.

A bit different from the last edition, Uncharted 4 tells the story of a now-retired fortune teller settling into a quiet life, when the sudden reappearance of his assumed-dead brother turns his life upside down. The protagonist, therefore, must follow his brother on a journey, crossing borders and reaching new territories in the pursuit of a presumably lost pirate treasure.

The demo for the game was released in June, and shows a much more responsive environment, new player movements and more ability for destruction compared to its predecessor. Naughty Dog, the production house for the game, also promises greater visual experience for the gamer with a better expected frame per second rate for Uncharted 4.

This amazing title is expected to land in the first quarter of 2016. 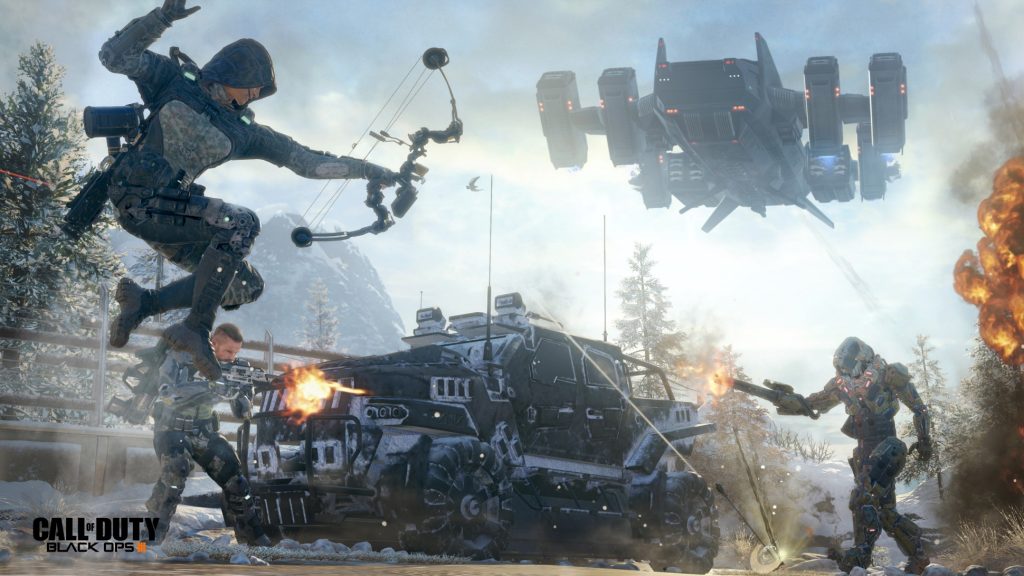 It seems fair to say that the Call of Duty franchise has grown to become a giant within the first-person genre. However, whilst many question the progression of the franchise, it’s still expected to be another huge seller and become a popular hit with gamers. Expect many of the classic elements with a few new features such as the wall walk, which allows you to cross buildings like never before. The visuals will also bring extra detail to gameplay, which can’t be a bad thing, right?

Call of Duty: Black Ops 3 will be available from the 6th of November.

One of the most addictive role playing games of this genre, Fallout 4 is expected to be introduced in the second week of November 2015.

About two centuries after a nuclear war, Fallout 4 places itself in a post-apocalyptic era in Boston. The game follows an objective-style play, similar to its predecessor, allowing skills to be developing and unlocking newer features with increased experience.

The fourth version of this series is expected to be more interactive, with more than 100,000 lines of dialogue. In addition, much more weaponry and a greater level of armor are available. Player can use their wristwatch to access the map, check out statistics, and utilize items. A change in game physics mean it is now easier to inflict a critical hit on the enemy, but this requires some time to reload, thereby allowing the player to decide between accuracy and time.

This bunch of exciting games and offers are sure to provide hours of fun during the cold winter holidays and beyond!