Drums are a fantastic musical instrument which are involved and featured in much of the music many of us love and listen to. However, if you wish to use this instrument then you might well be faced with a variety of issues. 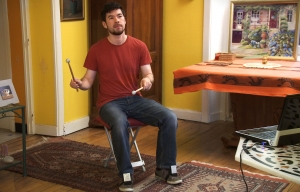 Take for example the cost, a good quality drum set can set you back $500 upwards for a decent set. Then comes the problem of noise, if you have neighbours near-by, then they’re unlikely to appreciate the sound of what would probably seem like thunder. Another issue might be the sheer size, that’s if you don’t live in an environment to cater for a drum kit.

Aerodrums was created to solve all of the above issues. But how? Simply put, it’s a new product which takes full-advantage of motion technology. In fact, the company slogan is simply ‘The Best Drum Set You’ve Never Seen’. It works by using a PS3 Eye camera (which is included with the purchase), which operates with a computer or laptop with software to accurately watches your movements with the drumsticks. In other words, it works just as you would expect with a real drum kit. 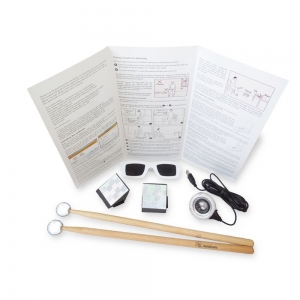 This allows you to play it in many environments thanks to it been so portable and easy to setup. You can then use a headset, making it silent for those in the surrounding area. The other main factor of interest is its cost; £110 – making it very affordable compared with the real alternative.

One limitation is apparently the fact that you shouldn’t use it outside in full daylight, this is because bright natural light can disrupt how the technology works. Again, because Aerodrums uses a light to work, you are provided with paper sunglasses to keep your eyes safe when using it in a dim lighting environment.

The two inventors of Aerodrums, Richard Lee and Yann Morvan, recently featured on the British business TV series Dragons Den’. Whilst there was a lot of interest from two key investors, a deal couldn’t be struck in the end. In fact, they were offered the full funding with an equal 40% split between Peter Jones and Nick Jenkins, however, it was the equity percentage which couldn’t be agreed, stalling the deal. 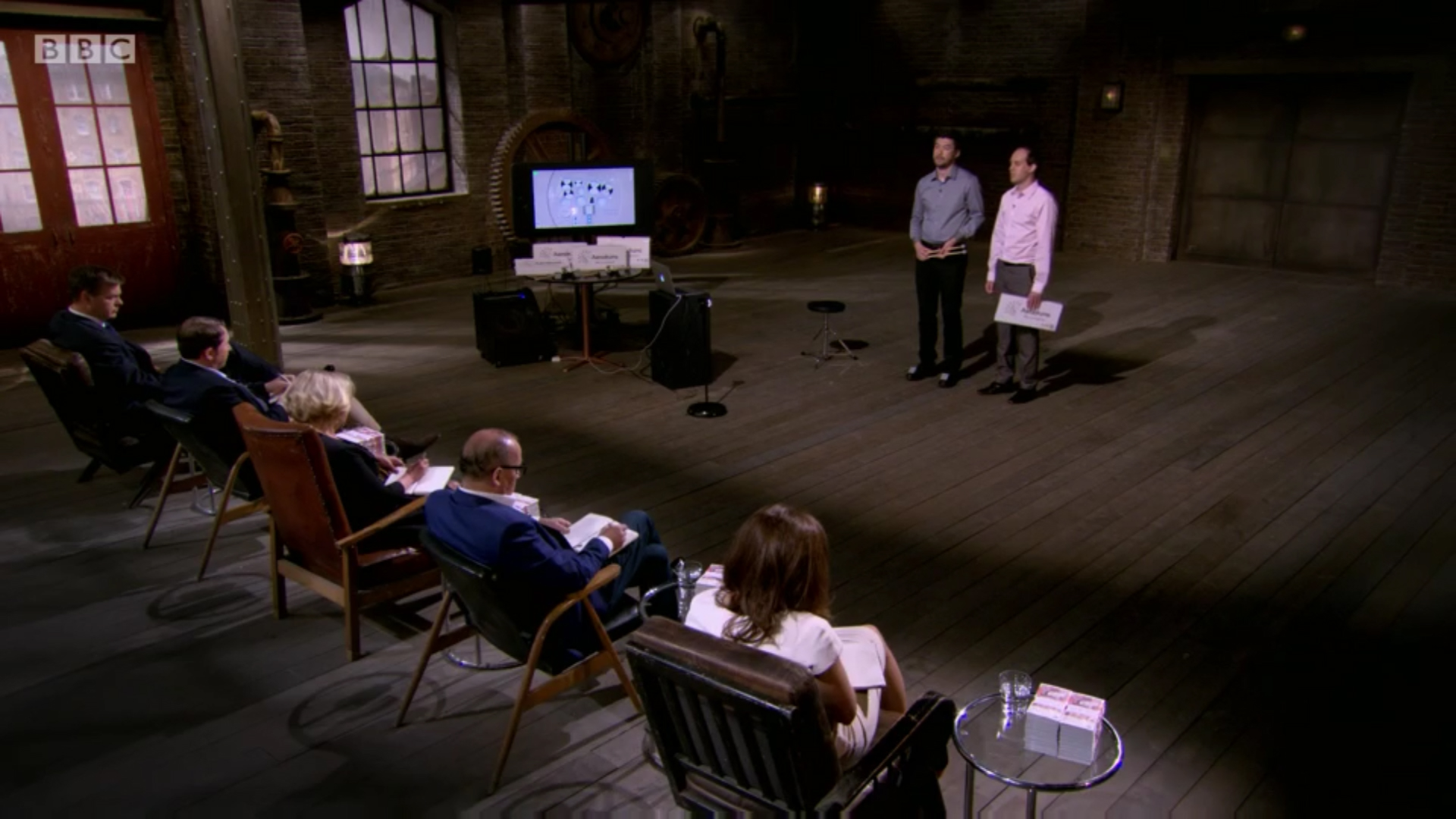 Both Richard and Yann were interested in exploring how they could further develop their technology, discussing the option of using it as a video game. You can buy Aerodrums today for around £120 or $200 on Amazon – it also has many happy customers.

Does this product interest you? How do you feel about this type of technology? Leave your views below.