Are you a Street Fighter V fan? Maybe you have discovered the awesomeness of arcade sticks and fight pads when used in conjunction with your PS4. If not, you’re missing out, and you need to get one immediately. Here’s our lineup of the best fight sticks for PS4 gaming. 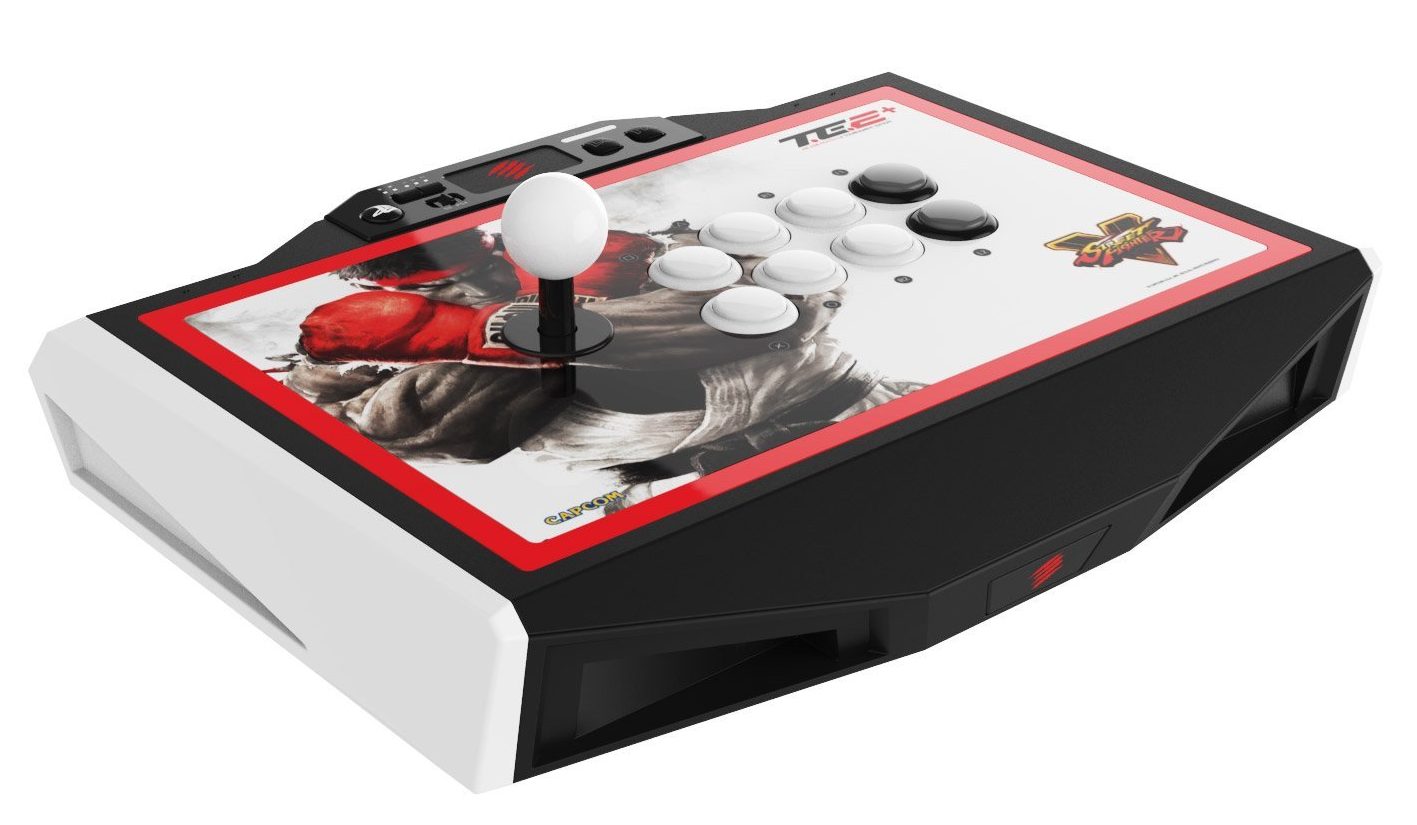 Emblazoned with iconic Street Fighter V cover art, the Mad Catz Street Fighter V Arcade FightStick TE2 employs a genuine arcade-style design. It’s built to endure, with tough, high-end parts that can withstand hours of brutal gaming use. When you hold this unit, you can feel the quality, just by its heft and the texture of its chassis.

On top, the unit includes one fight stick on the left-hand side and eight action buttons on the right. It comes with a 3-meter USB Pro cable which you can keep hooked up or detach and tuck inside the unit’s casing.

You can use this arcade stick and fight pad combination for more than just Street Fighter V. Try it with games like Mortal Kombat, Dead or Alive, Tekken, Guilty Gear, Persona, Injustice, and similar titles. If you need to get inside the device, you’ll find that the exterior panel is hinged, allowing you easy access to its inner workings. 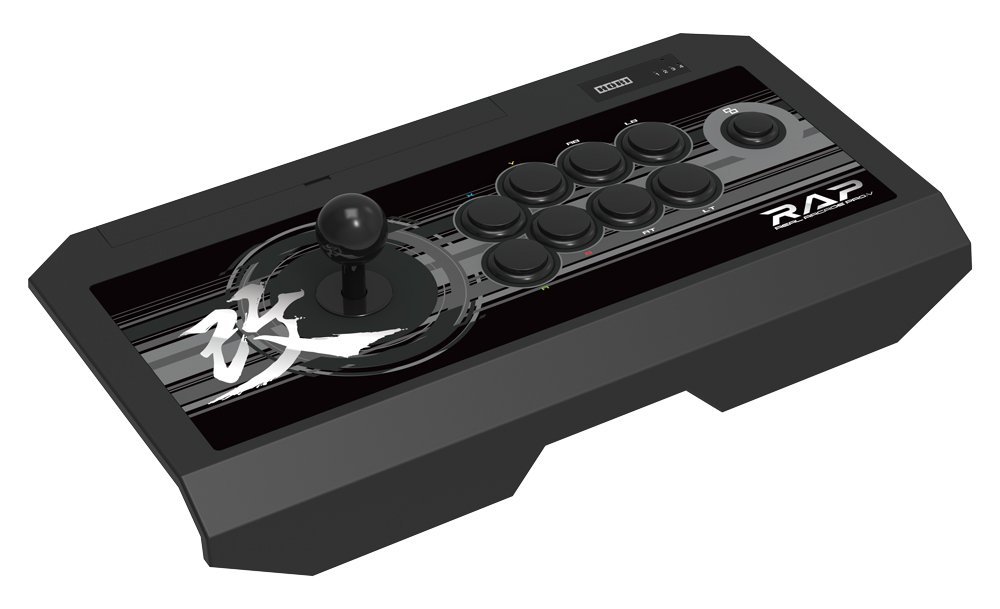 Hori is the only significant rival to Mad Catz when it comes to fight sticks. Check out the Hori Real Arcade Pro 4 Kai, a sleek black arcade stick and fight pad. It’s a bit less expensive than the Mad Catz accessories, but it still feels sturdy and solid. The buttons are comfortable to press, and the stick itself is responsive. Overall, the unit is a little lighter than the Mad Catz versions, which makes it easier to carry around. You’ll also get a build-in touchpad and input switcher with the device. 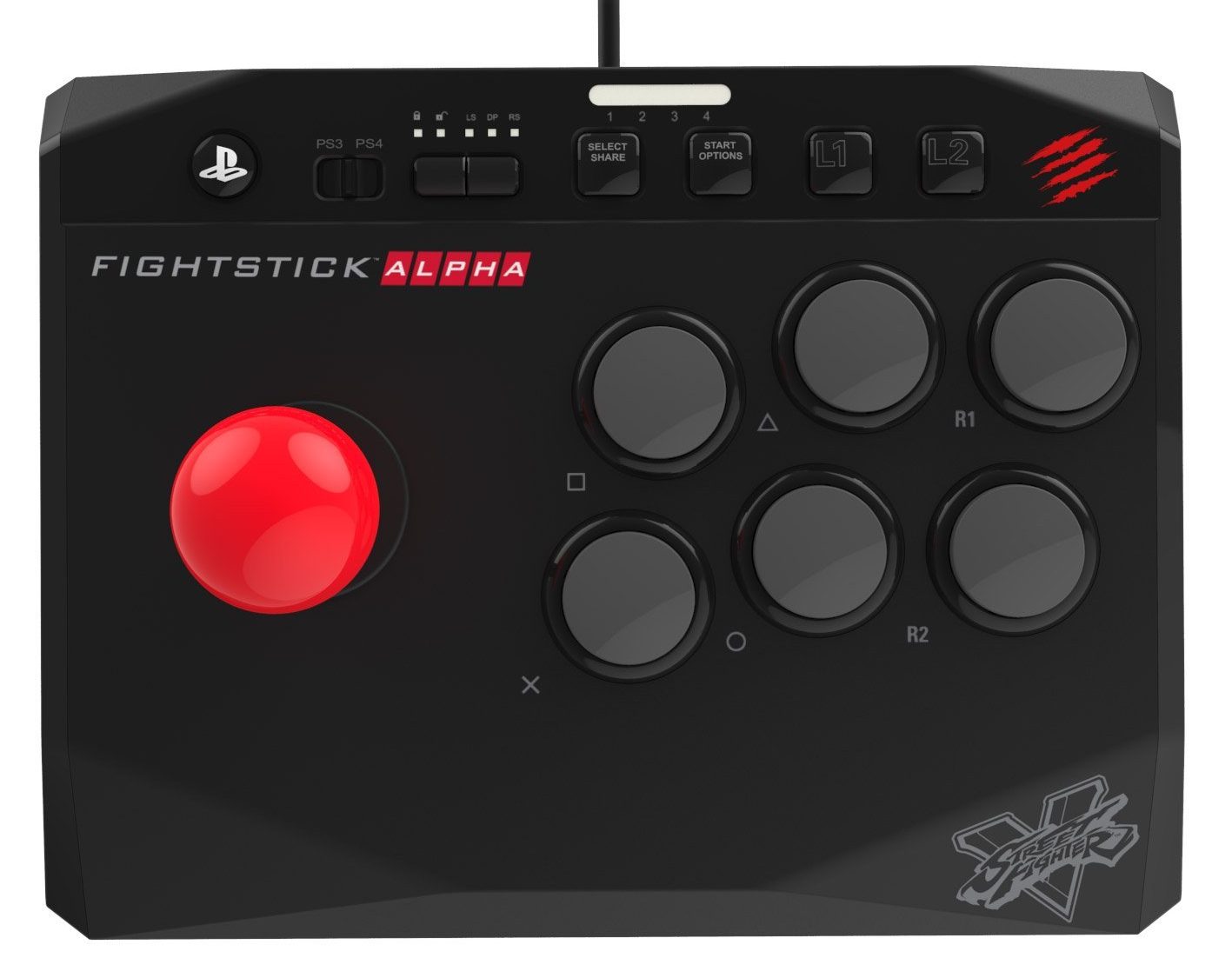 If you’re looking for sleek style without all the graphical elements, this stick is probably your best bet. It comes in smooth, matte block, with a small Street Fighter V logo in the lower right corner. The fight stick is topped with a bright red ball; otherwise, it’s a minimalistic and monochromatic device.

Its dimensions are much smaller than some of the other arcade stick and fight pad combos from Mad Catz; and that means that the price is also lower. The smaller size means that the two shortcut buttons were cut from the design, and there is no touchpad. However, you can still do everything that you need to do, even without the touchpad or the extra buttons. You just might have to push multiple buttons instead of one to perform a particular action. If you’re looking for a budget-friendly fight stick, give it a try. 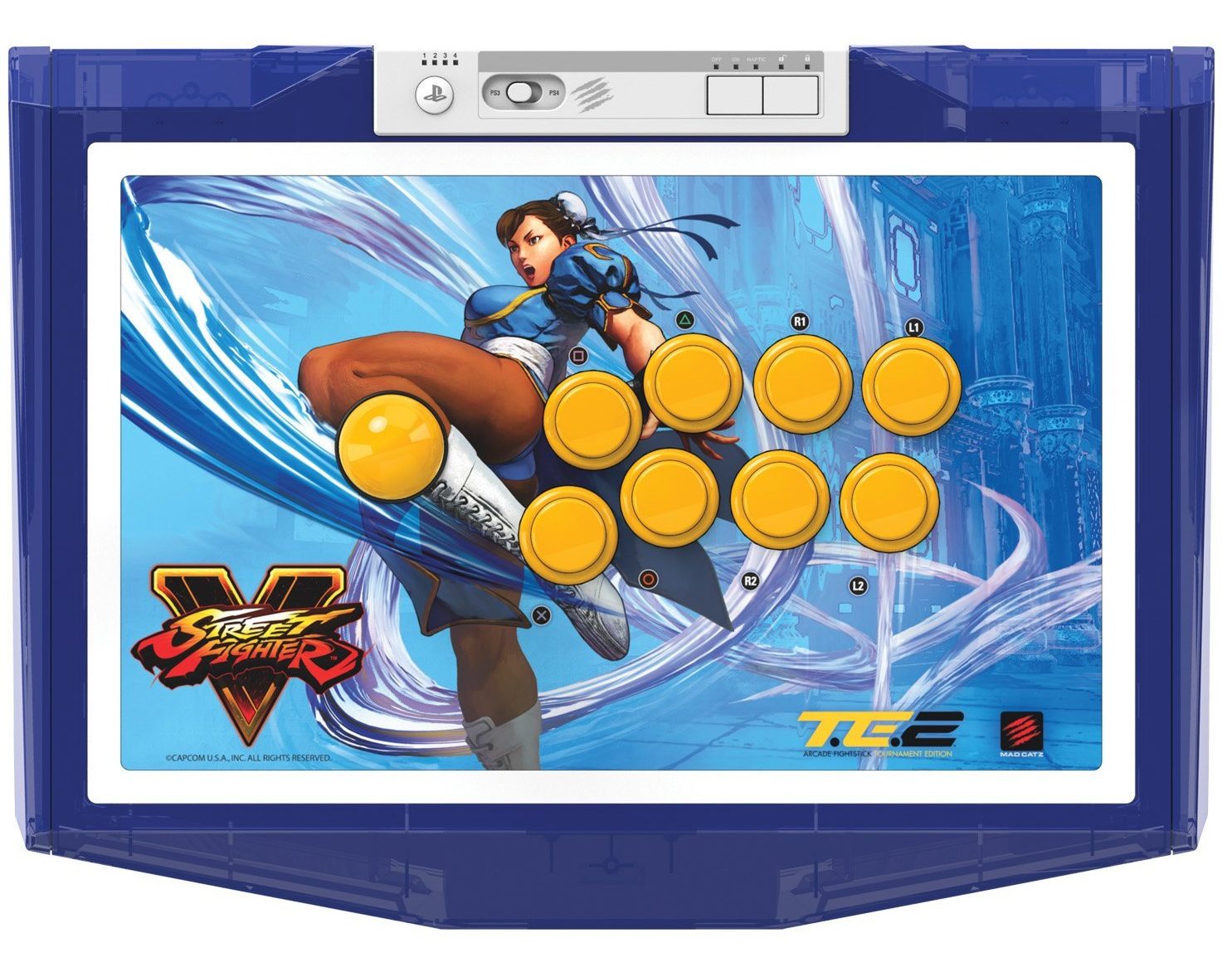 Are you a Chun-Li fan? This particular fight-stick includes the same features as the Mad Catz Street Fighter V Arcade FightStick TE2, except for the difference in artwork. The Chun-Li Fight Stick Tournament Edition 2 depicts the popular female hero in action, ready to power-kick an opponent. Brightly coloured, with vivid yellow buttons, this is the most cheerful-looking fight stick on our list.

Do you have a favourite fight stick for PS4 gaming? Comment to add it to the list!