Technology is helping to advance the way in which we live, more so than-ever before, and it’s a trend which certainly is nowhere near peaking yet. From gaming to travel, things are changing, at what feels like, a crazy pace. But, how about fitness and health? It’s important to remember that technology is helping to evolve these areas too, thanks to smartphones, gadgets, devices and other tech. With that said, this article takes a look at a variety of gadgets that are sure to raise the heart rate of any geek who isn’t gym shy. 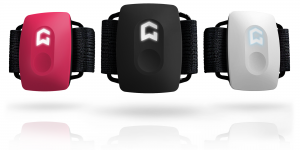 As the name suggests, this is the type of gadget you’ll want if you plan on pumping iron or simply visiting a gym. With the ability to be worn on your legs or arms, it has the options to go further than other alternatives, the Gymwatch even understands over 900 different movements. It won’t just count how many reps you’re doing, but will also ensure you’re doing them correctly, basically acting like a gym instructor. Handy, right? 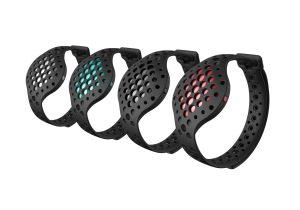 Are you after a coach opposed to a tracker? If so, this is the wrist gadget for you. It’s designed to act as a trainer, getting you motivated to engage in some calorie eliminating exercises – just what you want, right? You’ll also find that it does keep track of things too, but this isn’t its selling point, that’s because the tracker isn’t easy to use. What’s more, it doesn’t lack in the style department, either. Of course, it will need a smartphone to work with. But the Moov’s motion detection can really take your fitness regime to the next level. 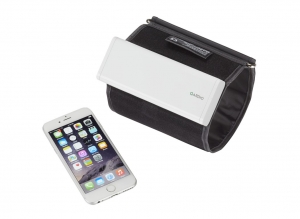 Ever wanted to be your own doctor? Perhaps visiting your GP is an absolute last resort for you? If you answered either question with a yes, then this piece of kit should be more than just a consideration, it will probably feel like a lifesaver.  Let’s face it, we’ve all headed over to Google before, looking over various symptoms and information – something that a GP is sure to thrown at.

With three options available, the QardioArm is designed to monitor your blood pressure, it can also detect irregular heartbeats (SYS, DIA and pulse). The data is then available to view on your smartphone as it marriages with Bluetooth.

Next we’ve got QardioCore, which is designed for average daily use, and isn’t just intended for use when working out. The strap wraps around your chest and is able to detect numerous things including, stress levels and body temperature.

Lastly, we have the QardioBase – perfect for those who like to monitor their weight. This great looking piece of tech goes beyond your traditional body scales, in fact, they’re able to read your BMI, body fat percentage, muscle mass, water and bone composition along with your standard weight. 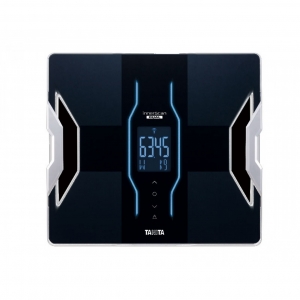 It claims to be the ‘world’s most precise home-use wireless body composition monitor’ – and that tells you quite a bit as to how this kit actually works. It is able to inspect a variety of different measurements, 10 in total, and some include, basal metabolic rate, bone mass, visceral fat and muscle mass. It’s a great way to delve deeper into your health and ultimately learn more about your body. You can use it with up to 4 people, which is good if you want to allow other family members access. Data is transported to an iPhone smartphone using Bluetooth. A final note, it looks very stylish and high-tech.

Health is sometimes effected by your surroundings, especially your living environment. Perhaps that’s why the WS-50 is able to monitor the temperature and air quality of your home. Of course, it will also do all of the other great things such as, fat percentage and BMI. But it is also able to check your heart by simply stepping on, something that many of the other smart-scales don’t offer. Also compatible with Android or iOS through Bluetooth and Wi-Fi, it has better compatibility than the Tanita. An impressive battery life will see around 8 months of general usage – which is better than most. It has an elegant appearance, really simple to use, making it a great purchase for more-or-less anybody. 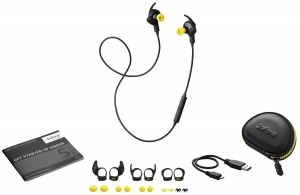 From a quick jog around the block, to running a marathon, at whatever level you might fall between, it seems fair to say that exercise is more enjoyable when combined with your favourite music. So, what makes these special? After all, they’re much higher in price when compared to much cheaper alternatives. Firstly, you’ve got an accurate built-in heart rate tracker – useful, right? The app combines with them, allowing you to access various things which include, calculating how many calories you’ve burned, the routes you’ve used to do the exercise, and many other nifty things. If you want a reminder on how you’re doing, all you need to do is tap on the left earbud, and voilà! However, whilst these fancy features are great to have, it’s the military grade durability that you get which makes them so special – as well as the fact that they don’t easily fall out from your ears. Lastly, you can even take a phone call using the in-built microphone, that is, of course, if you aren’t too out of breath. 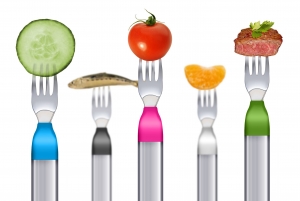 Everything seems to be going smart these days, and that includes your cutlery. Specifically, your fork. But, what does it do exactly? Simply put, it allows you to monitor your eating habits, with the main aim of eating less. The fork is able to understand each time you lift it from your plate, and can be set to vibrate when you’re eating too quickly. Science supports the idea that eating too fast can result in weight gain and other health issues. Data can be viewed from your smartphone – it’s compatible with Android and iOS. 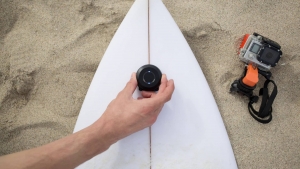 The majority of trackers are designed for runners and joggers, but what if you want something for those who like extreme sports? Well, Trace is the answer. It’s shock proof, waterproof and durable. Able to track things such as airtime, jump height, speed – it’s perfect for skiing or surfboarding. It even gives you a full day of battery life. The next time you decide to hit the slopes or waves, make sure you’ve got this gadget.

Hopefully these tech gadgets will be the assistant you have been looking for, after all, exercise is exhausting enough without needing to personally keep track of your performance.