Taking the concept of crowd-sourcing to heart, or perhaps to another level altogether, spokespersons at Microsoft have made it clear that their new inbound OS has been “built upon the feedback of millions of people”.   One could argue that this could be good or bad, depending on which million folks we’re talking about, but by and large, Microsoft (or as many in the gaming industry know them, M$) always seems to come out with a decent, highly usable operating system every time they re-approach the issue. 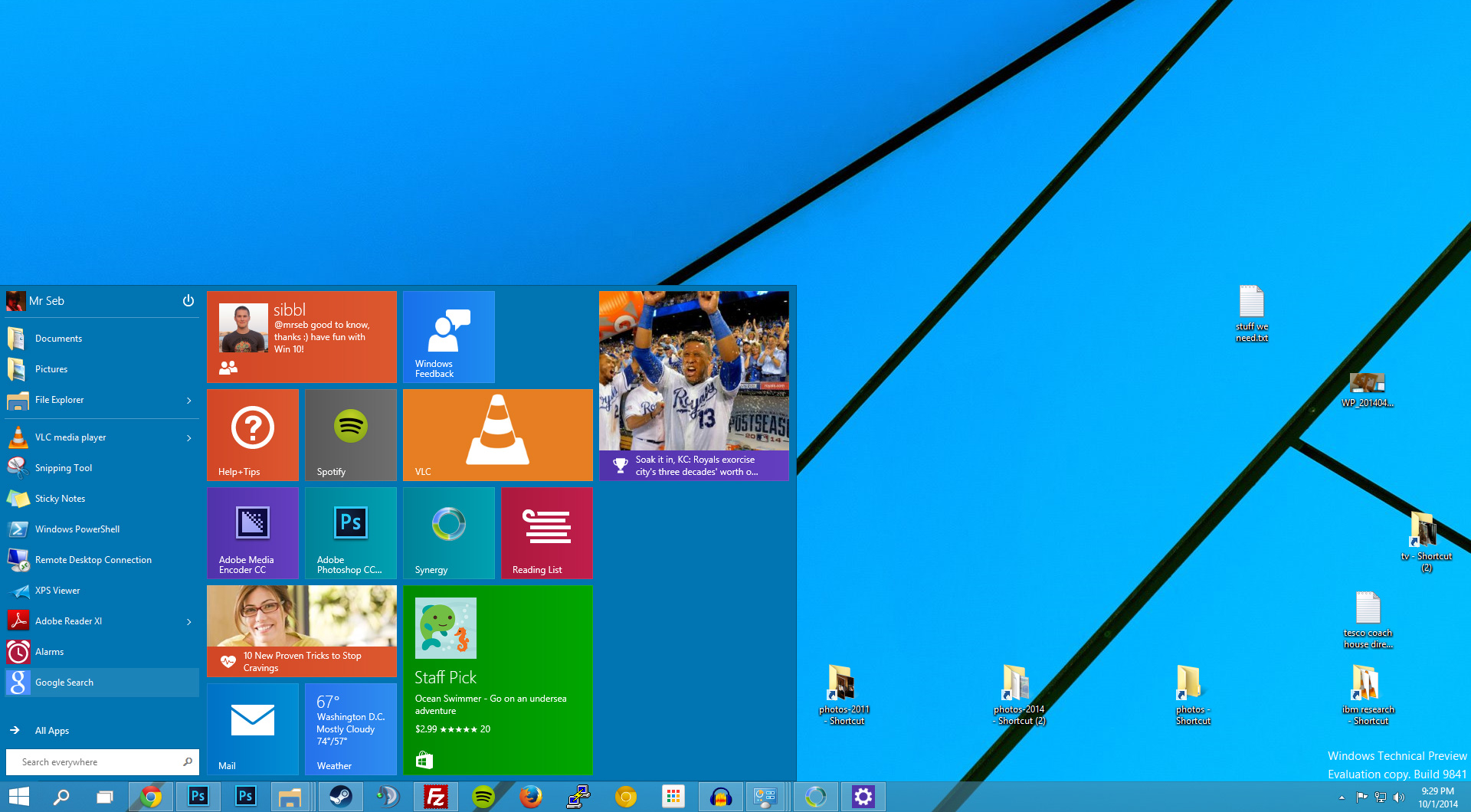 Timed yearly releases are certainly nothing new for software and tech companies, but we seemed to have hit a sort of “tech plateau” in one or more areas, where incremental growth has trumped sheer visionary pioneering. In other words, as this applies to M$ (putting it as bluntly as possible), everything from Windows 7 up ‘til now more or less functions similarly.   However, rather than being a weakness it seems to actually be more of a strength, allowing teams to gradually improve upon a solid foundation, adding new features each year without sacrificing stability.

…Anyway, let’s explore what’s new and headed our way in Windows 10, shall we?

Definitely check out the link above if you want to be wowed, fyi…

If you’ve been wondering when or if we’d ever see some type of futuristic OS that incorporated holographic technology, wonder no more, it is here and being introduced in Windows 10.   Basically, you have a little visor / headset that acts as the delivery device and it was made for this specific operating system too, allowing you to experience computing in a whole new way.

To be honest, this technology is useful in any number of ways and we won’t know the depth of how it will be utilized until it is in the hands of the public.   While it often takes teams of engineers or scientists to invent a concept it is always the public which ultimately discovers ways to expand upon its use or even exploit its capabilities, which is where you come in, of course.   Just imagine using it as a 3D designer or architect, not to mention its uses in gaming and /or media production; the sky’s the limit, as they say.

Start menu, with a bit of a classic feel…

Whether or not you really thought Windows 8’s design was an obvious improvement or longed for more of a dedicated start menu, in Windows 10 we find a more classically-arrayed system returning to the mix.   In fact, it even seems to kind of hearken back to older days at least in terms of overall layout, while being much more aggressively colorful, of course.

Lots of great apps, new as well as familiar friends

Elements of the tiling system used to hold apps is still ever-present though, along with useful daily go-to links and services.   They’ve made it easy to start your day with news, entertainment and more while seamlessly allowing you to jump straight into work without missing a beat.   Likewise, many of the same apps you already love are still here as well, perhaps with a few little tweaks or additions, mind you.

Rather than seeking to create a wholly separate OS for mobile devices, like phones, Microsoft has a version of W10 rolling out for just this purpose. In essence it, once again, basically just improves upon those aspects found in other attempts by upgrading various features and/or changing the way they are presented.   The important thing to take note of is the fact that it seems to be stable and powerful enough to get the job done, which is what is important. However, it is also going to come loaded with great office apps (for free) along with an integrated Skype / SMS component.   Likewise, those who have been asking for a better photo app now have it along with better speech to text capabilities as well.

Gaming is a go on Windows 10

Yes, Windows 10 is also angled toward gamers too, with the current plan being to allow users to stream Xbox One titles directly to their PC’s.   This basically parallels what other companies are doing, like Sony, with cross-compatibility s well, with players being able to connect for multiplayer matches from Xbox One to PC and vice versa.   Needless to say, this is pretty exciting news, especially with Direct X 12 on board. Actually (according to reports) “DirectX 12 Improves AMD GPU Performance By 400% On Windows 10”…which certainly sounds like good news to us.

Essentially, this seems like one of the more significant upgrades to come out of Microsoft HQ in quite some time. Sure, previous efforts were great and did well but with Windows 10 it seems like they’re hitting on a nice balance between useful features and upgraded legacy components. It’s an OS that’s definitely worth checking out, whether it is for business, pleasure or both…