If you’re the type of person who really enjoys international entertainment or one of those who just likes to have lots of options, UNO Telly is for you. Essentially it is a service that allows you to remove nasty “geo-blocks” imposed by internet censors and governments.   In other words, if you live in the US and would like to watch exclusively UK-based programming, the BBC, etc. then UNO Telly is for you. But there is much more to it that just that, as it turns out… 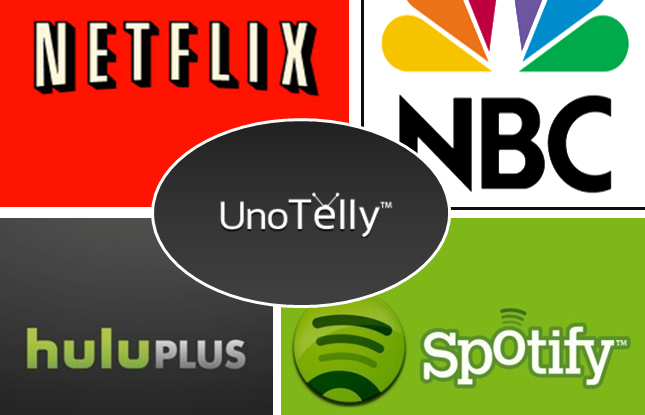 This isn’t just a loose DNS forwarding service or something though; they can actually help you unlock the inherent power of your other accounts too. For instance, it is incredibly useful for altering the natural location of one’s Netflix account, which is certainly useful.   But that’s just the tip of the iceberg of course; you can actually stream three separate regions at one time, making it an excellent choice for those families or groups that can’t claim one area as home.

Clearly the world is becoming much more “international” in character therefore services like this are obviously finding increasing demand.   Even better, you can use UNO Telly on an incredible range of devices and best of all, there’s no bandwidth limitations or restrictions on how many connected machines you can have. That’s right, even if you have dozen or even a hundred different gizmos, all of them can benefit from this service’s region-unlocking abilities.

Actually, the range of devices, OS’s, etc. that you can use with UNO Telly is also incredibly impressive, this includes…

Moreover, there are currently two levels with regards to pricing plans and options – the premium package and the Gold plan. Naturally, they are priced respectively at $4.95 and $7.95 too, fyi. Option on the premium side include: unlimited UnoDNS access to over 300 channels (in over 30 countries, mind you spanning 8 languages) as well as the ability to suggest channels for addition.   For Gold we find even more channels and options as well as additional security tools which make it very difficult for companies or individuals to track or snoop on you.   While this might not seem like too big of a deal, clearly it is, otherwise why would nations restrict programming content in the first place? Whether it is because of certain restraints or other considerations pertaining to overt social engineering, the fact is that you have a right to view content from anywhere in the world, and that’s what UNO Telly helps you to achieve – connectedness.

Keep in mind that using this service is indeed lawful, there’s nothing particularly wrong or distressing about merely accessing streaming content.   Moreover, you’re paying for a service subscription, perhaps several, and it’s nice to be able to make sure that you’ve got functionality regardless of where you might be or what type of device you currently have in hand.   Setting it all up isn’t that difficult either, in a very short amount of time you can have things tweaked just the way you like it.   Of course, you might have to find specific directions for use in setting the service up on specific devices, but that’s not a problem due to the fact that there are loads of handy guides to help you accomplish this all over the web now.   To be honest this isn’t just a good idea, it is a complete solution and work around for all the pointless blocks put up by various information aggregators.   Rather than trying to take the long way around, perhaps by initiating legislation to get rid of these pointless hurdles, we can simply tap into the resolution offered by UNO Telly and go around these blocks.