No stranger to rolling out high-quality consumer electronics products, Samsung’s Note 4 is a really great little hybrid device, of sorts.  Part of the immediate charm of this little marvel is that it stands tall in two worlds – certainly a smartphone in its own right, but also playing out like a tablet as well.  It is this uniqueness and thereby enhanced functionality that make it worthy of an immediate purchase for a certain type of user.  In other words: phone or tablet?  …uhm, both? 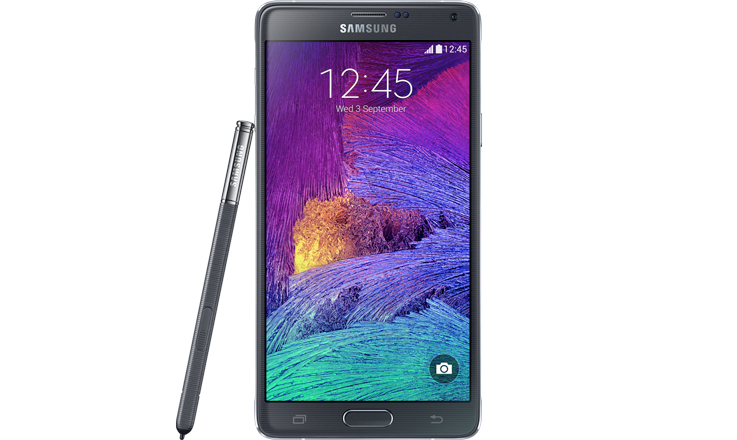 Naturally, it’s the first thing you’re going to really notice about any device like this – the display is important, obviously.  The Note 4’s screen, a Quad HD Super AMOLED display, in fact, is nothing short of spectacular.  Maybe that’s why this unit prices at an astounding $800+ (without a contract).  Still though, you often pay for quality and features as they say, don’t you?  As far as realism and crystal clarity go, you won’t find a more vivid screen than what’s attached to the Galaxy Note 4.

Almost immediately, some are going to heave away from the very notion of using a stylus (stylized as an “S Pen” with this offering) to control their device.  However, the truth is that once you start using it you’ll definitely want to see what other types of things you can do with it.  As far as enhancing productivity and ease of use goes, it’s a pretty great addition.  Being able to use the device like an advanced camera in tandem with various note-taking abilities is also extremely valuable, speaking of which…

Let’s say you’re a professional individual, someone who takes a lot of notes, makes a lot of calls and heck, maybe even draws up plans / diagrams.  Devices like the Galaxy Note 4 can really serve as an integrated tool for organizing the way you conduct business on a daily basis.  You can easily keep track of everything too, all while taking calls, sending digital files, and physically writing digitally handwritten notes where the sky’s the limit.  For artists, there’s quite a lot of allure here, obviously, as this stylus / S Pen system is much more conducive to conveying ideas to colleagues quickly.   Not only that, but the S Pen itself has been lauded on its natural feel and sense of control offered.  They’re matched quite well, in other words (the device and the stylus).

One shouldn’t get the wrong idea though, the Note 4 is also a fairly powerful computer in its own right, with a 2.7GHz Quad Core Processor and running an Android 4.4 (Kitkat) OS.  You’ll also be set in the memory department, with 3GB RAM + 32GB Internal storage.  The unit comes stocked with a whole host of other notable features too, including the following types of sensors, for those who need them: Accelerometer, Geo-magnetic, Gyroscope, RGB ambient light, Barometer,