You should already know just how amazing Minecraft is by now.  That it has become an institution within the video gaming community at large, spawning an onslaught of interactive entertainment creativity the likes of which the world has never seen before.  It’s also no secret that the game has been ported over to a number of other platforms apart from its original home on the PC.  Well, thanks to that, we get to experience phenomena like artist Duncan Parcells’ enormous “Titan City” creation.

According to the creator, it was inspired directly by New York City (not being any type of complete recreation of Manhattan, as is often said) and utilizes around 4.5 million blocks.  This encapsulates no less than 96 buildings too, for those who might like to actually explore this awesome monstrosity.  That’s the great thing about Minecraft, of course, things like this can actually be shared, thus enabling virtually everyone to directly experience a work of this magnitude. 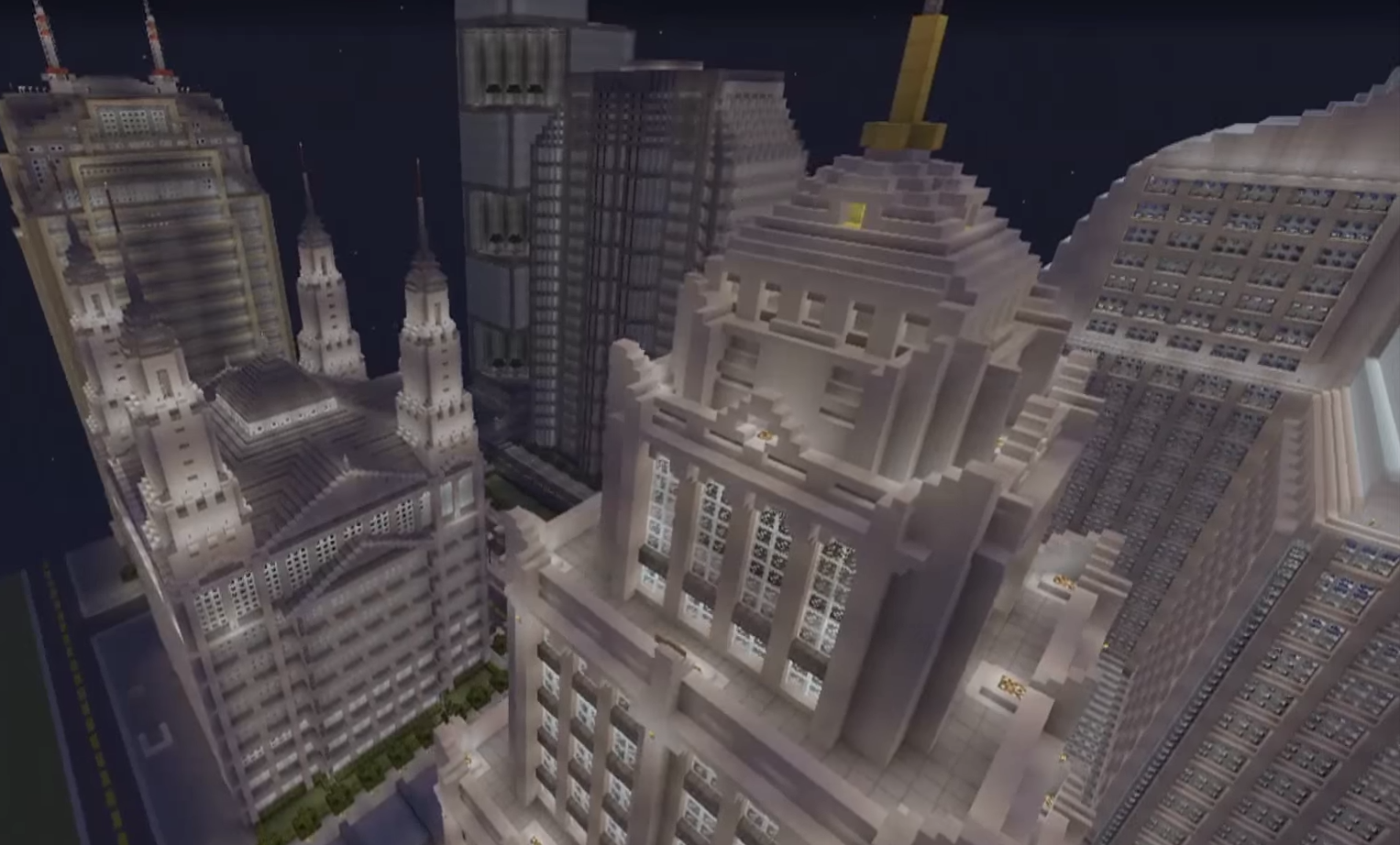 Parcells has also spoken about intentions to further pursue his artistic skills at the collegiate level or beyond, and already many news sites are spouting urban planning job spots and potentialities.  The point is, this particular case seems to have generated interest and relation to other fields which have up to this point, remained outside the general regard of those in question.  Currently, as of October 18th, 2014, the map has been downloaded over 50k times with even more youtube links than that promoting its discovery and viral spread throughout the net.  Clearly, this map is going on to become something of a standard reference for current and future Minecrafters.

Just how long did it take to build this thing though, you’re probably wondering?  Believe it or not, two years, working at around 5 hours a week or more is how long it took to piece together and realize Titan city.  What many might find to be particularly astounding however is the designs, which run the gamut from typical modern architecture to art deco Victorian.  There are some really nice touches to be found within, the likes of which many will find to be very inspiring as well, particularly if they’re at all familiar with Minecraft and its mechanics.

At the very least it shows that Minecraft is basically becoming a design / architectural platform in its own right, which is probably not even something creator Markus Persson set out to do when envisioning the game in the first place.  Duncan’s Titan City project does show us that, with perseverance and vision, you can build just about anything in Minecraft.  Moreover, apparently the building hasn’t officially stopped because Parcells has commented about adding additional areas too, including those containing a stadium as well as an airport.

Perhaps what’s even more astounding about this story is the fact that the creator of this map was able to keep the entire project largely under wraps before unveiling it to the world.