The smartphone market is as competitive as ever, which is fantastic from a consumer’s view point. With Apple now facing fierce rivalry from Samsung, there has never been a better time to be on the lookout for a new smartphone. I should probably point out, the Apple iPhone was the brand I stuck with since the original release back in 2007, however, this recently changed when Samsung unveiled the Galaxy S6.

One area of importance to me when buying a smartphone was, of course, the build quality. Simply put, Apple were always the go to company when primarily looking for this factor. Whilst the iPhone continually improved the quality with every release, it was something that was generally unchallenged. That was until the Samsung Galaxy S6 hit the shelves. Not only this, but the comparison between the two phones meant that the S6 ticked far more boxes than the alternative. This was the point when I decided to switch from the iPhone and give the Samsung smartphone brand a chance. Was I pleased with the decision? Unquestionably.

In fact, Samsung’s decision to ditch the plastic casing for a premium build is what is helping to entice many loyal Apple fans. What’s more, Samsung isn’t the only brand offering such qualities, giving Apple an even greater headache. Of course, Apple still have their own iOS platform, which is unique to their devices and something many still desire.

So, now all of that is out of the way, let’s head on and take a look at Samsung’s S7 Galaxy Edge. For me, the S7 Edge was more desirable opposed to the standard edition for a few reasons. The bigger battery was at the top of that list, followed by the larger edged screen. These two key features were in essence what made by decision rather easy. 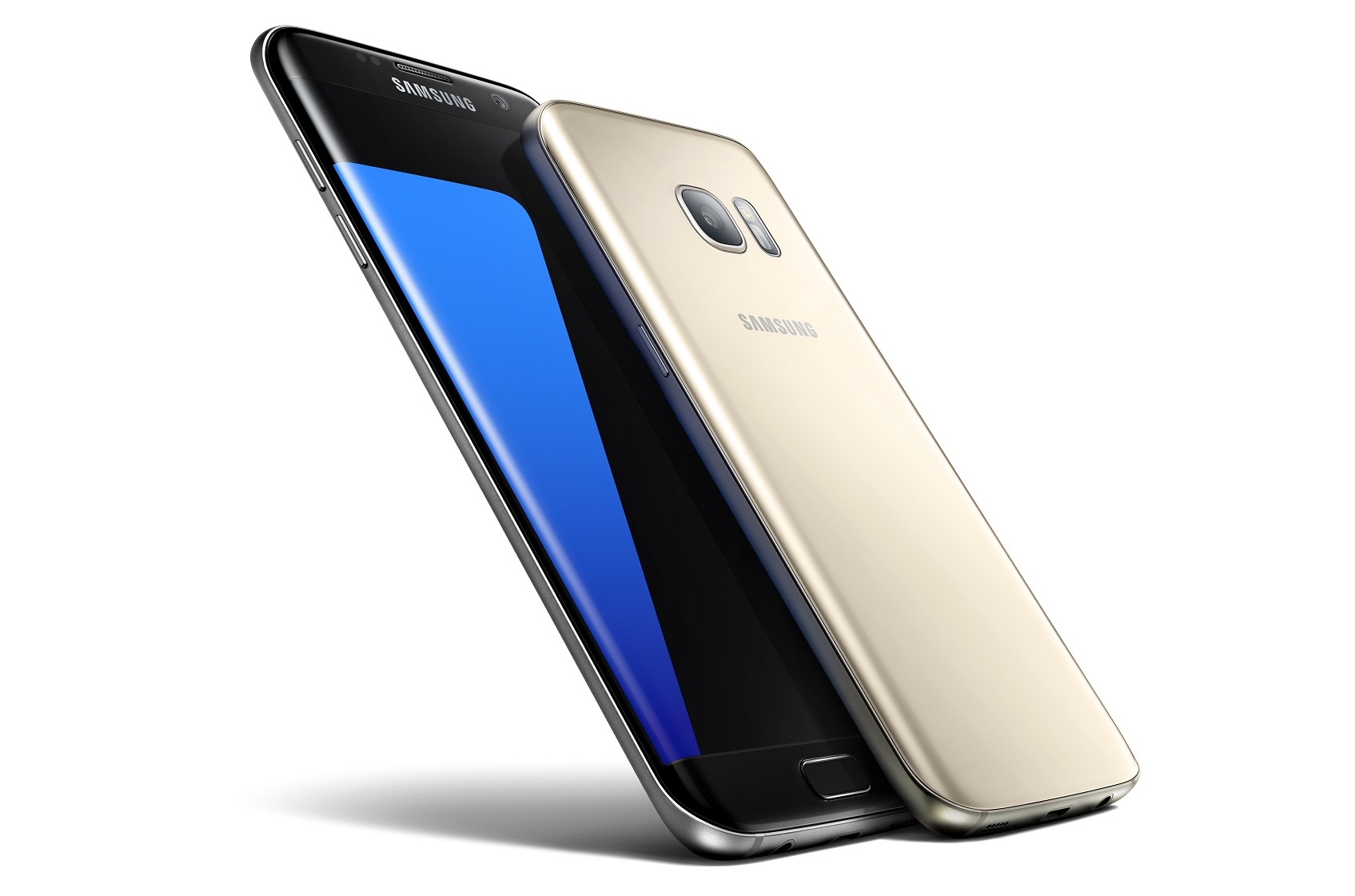 It looks ultra-premium and is built very well. Yes, it is similar to the S6. Samsung has simply improved that design with a few tweaks here and there. What’s more, it feels durable, solid and strong. With that said, I’m always worried in case I drop it, especially whilst it’s brand spanking new. Always take extra care, after all, you don’t want a cracked screen just after purchasing the device. However, if you accidentally drop the S7 in the sink whilst doing the washing up, then don’t worry, as the smartphone is waterproof up to a depth of 1.5m and can last for 30 minutes without issue. So, whilst this doesn’t mean you should introduce it to a swimming pool, you feel far less worried about accidentally spilling a drink over the screen, for example. Another great introduction is the liquid cooling system, which helps prevent your handset from overheating – I did find my S6 would heat up quiet noticeably when stressing the processor, but the S7 Edge hasn’t heated up once since using it.

Multitasking, gaming, and highly intensive tasks are treated with ease thanks to the new CPU, GPU and RAM. You won’t come across lag, stalls or any annoyance, everything happens with smooth moves; sharply and quickly. Whatever you throw at it, speedy responsiveness is more-or-less a guarantee. Smartphone gaming has never been better when it comes to the S7 Edge, it’s the perfect device for whatever you might desire.

For those out there who love taking photos, you’ll be pleased to read that you’re well catered for when it comes to the Samsung S7 Edge. Surprisingly, the S7 contains a 12 megapixel camera opposed to the 16 megapixel snapper housed inside the Samsung S6. For those with limited camera knowledge, you’d probably think that means the camera has decreased in quality. However, this logical thought would actually be wrong, sort of. Simply put, the S7 is able to take a better picture thanks to the technology the camera uses. Take for example, the Dual Pixel Sensor, which is able to focus in on things ultra-quick – providing professional grade accuracy. Taking photos in the dark will result in a far better picture thanks to the brighter F1.7 lens and larger 1.4µm pixels on the image sensor. The rear camera is also less pronounced when it comes to poking out, in fact, it’s now hardly noticeable. As for selfie fans, you’re sure to be impressed with the front facing camera, which shoots fantastic looking pictures with up to 5MP resolution. You should also note that video can be captured with 4K resolution. Plenty of nifty camera features are available for you to explore. This phone is perfect for those wanting to take amazing pictures.

We’ve seen many aspects of a smartphone evolve, but the battery is something that hasn’t revolutionized a user’s experience. However, the first sign of this changing is evident with the S7 Edge. As mentioned earlier, this was the main reason I selected this phone ahead of the standard edition. Am I impressed by it? Yes. It’s far better than the S6 and you become far less afraid to see the dreaded flashing battery symbol. The S7 hosts a 3,000mAh battery opposed to the S7 Edge’s beefier 3,600mAh. Whichever edition you decide to go with, I’m sure you’ll be impressed with how the battery performs. Maybe we aren’t that far away from seeing a smartphone which can last a week without charge.

The SD slot is back again allowing you to increase your storage capacity. It’s a feature which fans wanted to see return, and Samsung listened. As the phone typically comes with 32GB of built-in memory, you’re able to dramatically increase this with an SD card. For me, 32GB should be more than enough, but it’s nice to know that I’m not limited or restricted if I suddenly require more. The SD slot is located just above your sim-card within a tray – making it neat, tidy, hidden and easily accessible.

Of course, the Edge is different from the standard edition because of its 5.5-inch edged screen. You don’t see a border, making it have a flowing feel when viewing. Moving from the S6 to the S7 Edge feels like a giant leap generally because of this. Gone is the border, leaving you with a more immersive experience no matter what you might be doing, from gaming to web browsing, it just looks and feels so much better. The always-on screen feature doesn’t drain the battery and no more so than if you were to activate the phone to check the time manually – and that’s why it’s a handy new edition. A quick glance at the phone and you’ve got the date, time, battery life and message count – certainly useful. I haven’t had chance to explore with the Edge widget bar features just yet, but I can only imagine this becoming rather convenient in a number of scenarios. Essentially, the Edge delivers a more luxury feel opposed to the standard S7. Other than this, the large screen shows 1440×2560 pixels using the super AMOLED capacitive touchscreen, providing you with an ultra-clear and smile provoking experience.

The Samsung Galaxy S7 Edge is, in my opinion, the best smartphone currently available on the market. It brings plenty to the table, or should I say hands, giving you an immersive experience packed full of features. The huge battery is definitely something that is sure to sway many.

If you’re on the fence as an Apple user, I’d say jump over and get on the Samsung bandwagon. Saying that, it will be interesting to see just what Apple has up their sleeve with the upcoming iPhone 7 launch.

One thing I love about Samsung is that they listen to their customer’s feedback and act upon it, for example, the re-introduction of the SD slot means that storage, once again, means you can host up to an extra 200GB of memory – this is totally insane.

Does it feel like much of an upgrade from the standard Galaxy S6? Absolutely. Far more so than if you were upgrading from the S6 Edge. Simply put, everything about this phone is awesome, and whilst pricey, you won’t regret the purchase.