With growing numbers of people using mobile devices in their cars, a lot of motorists notice that their passengers can sometimes find it hard to attain a decent mobile connection whilst they are on the move.

Drivers such as travelling sales reps will often use their smartphones when they pull into motorway service stations in order to check their emails or make video calls to work colleagues. But sometimes they have to venture outside of their car, due to the lack of signal within it. 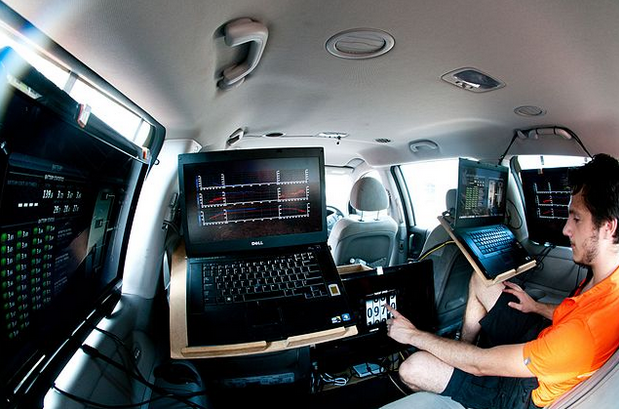 The obvious solution, apart from using a fixed landline or broadband connection, is to set up a dedicated in-car Wi-Fi system. If you have considered doing so, have you ever wondered how you and your passengers could benefit from such a system?

Here is what you are missing out on by not having an in-car Wi-Fi system!

Rather than having to use a choppy mobile data connection on each single device, a dedicated in-car Wi-Fi system allows drivers and passengers to benefit from strong Wi-Fi connections.

That means if you are using a mobile device such as the Apple iPad with only Wi-Fi connectivity, you will have no problem going online as opposed to a device with built-in mobile data connectivity.

If you have a car full of people going online using the mobile data connections on their own individual devices, the costs can soon spiral out of control – especially on a long car journey!

But by enabling everyone to use one central Internet connection, the cost is reduced significantly. Now road trips can be even cheaper!

Most people will know by now that mobile data connections work best when the device is out in the open rather than enclosed in a building or car.

The equipment used for setting up an in-car Wi-Fi solution includes a high-gain antenna, which is usually mounted externally on the roof of the car, or internally within one of the car’s body panels, such as the corner of the boot.

Some people even fit their antennas on the rear window of their cars, but sometimes this can cause problems with radio interference, for example.

According to Keith at Harratts Renault, a lot of professionally-installed solutions incorporate Ethernet connectivity. Keith has such a setup in his own Renault Laguna, which is great if people want to connect old laptops to the network in order to get Internet access.

Some folks might even connect network hard drives to their in-car LANs, for the purposes of enabling file sharing between all occupants of the car. That is a great, and very geeky way, of being able to access your music and films on the go!

In-car Wi-Fi setups are not dependent on one provider

Some people mistakenly believe that they have to stick with one mobile network operator for their 3G or 4G mobile data service. But the truth is, the equipment installed in the car doesn’t care who you choose as your data provider!