Gaming comes in many forms, from your average smartphone app all the way up towards those blockbuster hits. It’s probably the excitement, thrills and competitiveness that become the main ingredients as to why many of us enjoy this hobby so much. However, you can find fantastic entertainment value from the smaller IO games, which are generally free to play. With that statement, I bring to you Wings.Io and Slither.Io, two browser-based games that have got me hooked. 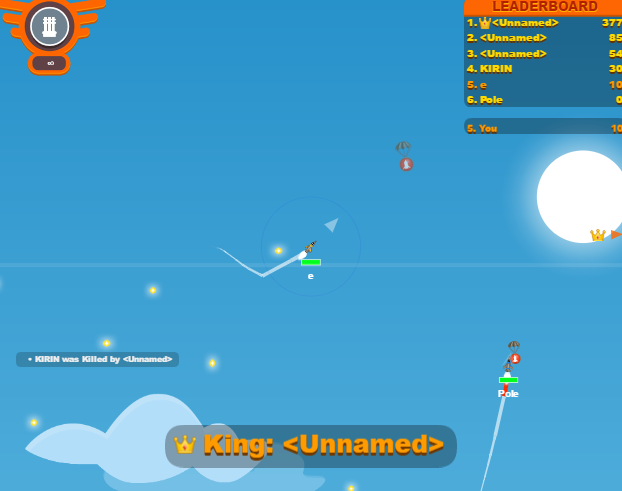 This title from Poki brings the ability to battle it out against other players from around the world – all within the sky above. Can you shoot down opposition planes? This is the task at hand. Full of action, Wings.Io is sure to tickle the ego of any action junky. Watch out for the parachutes, you’ll want to try and fly into them as they’re bonuses which contain ammo and health. If the idea of air-combat arcade game sounds appealing, then Wings.Io is sure to be for you. How about the visuals? They are decent and provide a 2D vision – typical arcade style. Of course, the ultimate aim is to gather as many points as possible, and my personal best was 95, the real question is; will you have the patience to destroy and avoid other players in order to keep racking up the points? 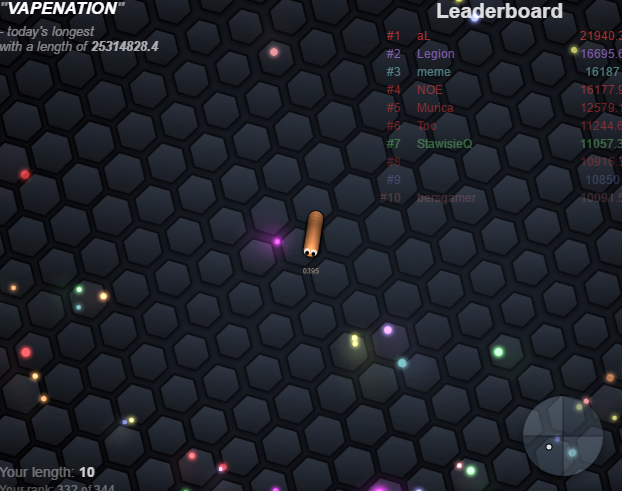 Beautifully presented, Slither.Io is a new game from Poki which combines multiplayer with skill, the perfect mix to stimulate your ego. Guide your snake to the glowing orbs and watch it gradually grow, but this is the easy part. Things get a little more difficult when you realise that other players are roaming the map, and it’s your task to avoid them. For a web-browser game, you can’t help but take in the effort from the developers – it looks stunning. The controls are simple, at times I get a stutter, and perhaps this is just to keep the multiplayer activity in tandem, though. Overall, Slither.Io is a great game that should make us re-think the whole concept of gaming and that it’s true to say: you don’t have to spend money to play a quality game.

Both Wings.Io and Slither.Io follow a similar formula, but it’s the theme which helps to separate the two. What’s more, it’s the multiplayer elements that help to make these web-browser games stand out from the crowed.

Which is my favourite? Well, Slither.Io takes the top spot for me, just. I just love the whole idea behind the gameplay, and that is what draws me in here. That’s just my personal opinion and preference, of course. I totally recommend giving both games a play, just don’t blame me if you become addicted. What’s your views? Feel free to leave your comments and feedback in the comment box below.