June 23, 2021
12 New Articles
Home Gadgets How To Enjoy Movies at Home By Emulating a Cinema Experience

Now is arguably the best time to live in a peaceful, wealthy country. Technology is giving us wonders that were only dreamt of a couple of decades ago and it seems as if the cost of this technology is falling. Communication devices that can be kept in our pockets have more processing power that that used by all of the missions to the moon added together. It is hard to comprehend the amount of calculations being performed every second by even the most basic processor.

One sure way technology has benefited us in our homes is through entertainment. Flat screen, thin televisions that we take for granted now are truly a wonder of scientific achievement. It isn’t very long ago that if we wanted to watch a large screen, we would need an enormous room as the old cathode ray tube televisions were almost as big front to back as they were across. They also were very heavy and needed at least two people to get them out of the boxes. 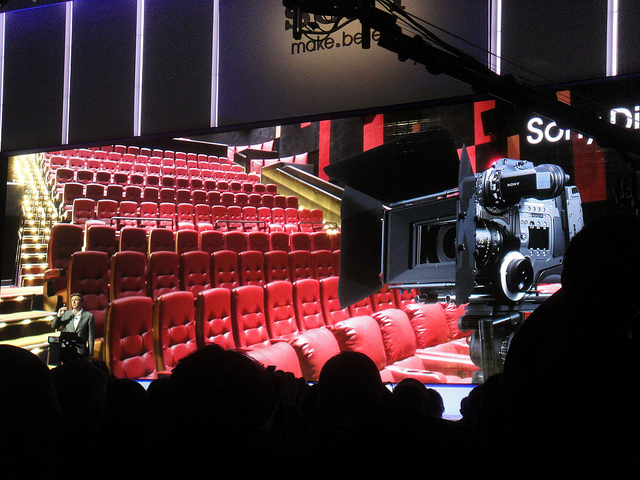 Where my parents used to tell me about the time before television and the use of gas lighting, I will have to regale my grandchildren of the days of the cathode ray TV.

Now we have such wonders available to us; it would be a shame not to put them to good use. Home cinemas are the latest, and sometimes most hated, thing to come to the masses. They are hated because, unless they are in a detached property, the neighbours will be affected by the sound from the subwoofer.

So, if you’re thinking about creating your own theatre at home to watch the latest tamil movies, here is some equipment you are going to need.

When you think about which television is right for you, big is definitely better. Size is everything when creating a cinema experience, and if you have to turn your head to see each side of the screen, that TV is probably the one for you. Luckily, as was said earlier, the cost of huge screen TV sets have tumbled. It is now possible to pick up a fifty inch model for under four hundred pounds.

By purchasing a home cinema system, all of the complication of assembling different components is taken care of for you. The system will comprise a DVD player and amplifier combination. There will also be five speakers. Four surround sound speakers and one subwoofer. The speakers will need to be positioned according to the manufacturers instructions and the subwoofer will need to be plugged into the mains. The speaker wires can be hidden under carpets if you wish as there is no electricity running through them, so they pose no danger.

DVDs will usually have a 5.1 soundtrack on them. The user often has to select the way they would like to hear the soundtrack, so make sure when playing movies, 5.1 is selected. Sony movies, however, have their own digital theatrical sound (DTS) tracks in addition to the 5.1. If your set can play the DTS, you may find it to be superior sound quality.

When watching your first home cinema movie, don’t forget the popcorn and fizzy pop that must be slurped through a straw for maximum effect. It’s not all about the movie you know!