If you’re on the lookout for the latest smartphone that offers a premium experience, then both the iPhone 6 and Samsung S6 are sure to be top of your list. I’ve personally always been a fan of Apple, after all, they’ve consistently delivered the best built phones. In fact, I’ve never been able to compare a Samsung smartphone against an iPhone in this department, that’s because the iPhone was always the clear winner. However, this time around things have changed. With lots of areas to explore, let’s take a look at which smartphone comes out on top… 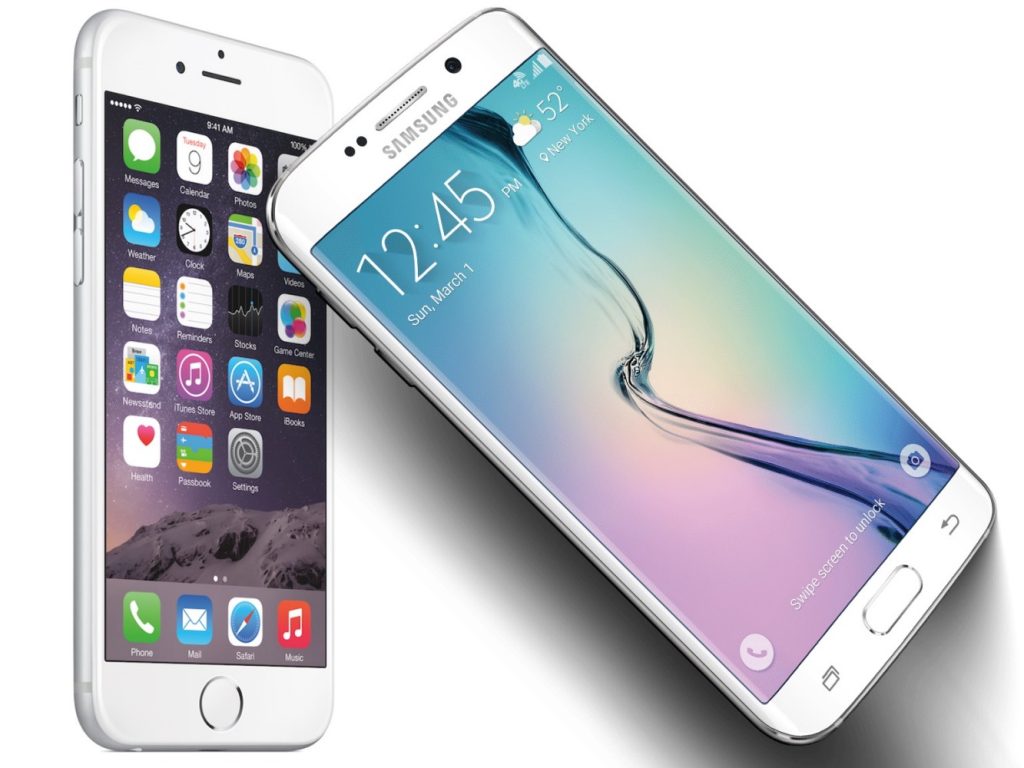 Samsung have always offered a cheaper looking device with plastic rear casing. However, this time around Samsung have had a radical change, where much focus has gone into making the device visually premium. One thing I’ve found very handy with the S6 is the back button, it’s located to the right of the home button, which means your thumb can use this always necessary function instead of using the touch screen. Both devices contain a finger print scanner, the S6 seems to function more accurately, Apple would regularly force me to input my password manually – yet I haven’t experienced this with the S6. There’s no real winner here, both devices look outstanding, which is bad news for Apple. With Samsung trading plastic for aluminum, Apple have definitely just lost a unique selling point, and Samsung has gained one.

Neither smartphone is brilliant in this area, but the Samsung will hold its charge a little longer and it charges much faster. The iPhone 6 has a 1810 mAH rated battery, whereas Samsung’s smartphone has a much bigger 2,550mA. The S6 definitely wins when it comes to battery. What’s more is that you can use wireless charging with the Samsung S6, something you can’t do with the iPhone 6 unless you customize the device with a wireless-charging enabled case. It should be noted that wireless charging is a little slower than the traditional way, but it’s very handy and something I’m using a lot. I found that the S6 wireless CHOE UPGRADED Qi Wireless Charger Charging Pad performed better than Samsung’s offical wireless charging pad.

Samsung include a 5.1-inch QHD Super Amoled display, which offers is bigger and higher resolution when compared to the iPhone 6’s smaller and lower resolution 4.7-inch screen. This means that everything looks clearer, sharper and ultimately much better with the S6. In fact, Samsung have become famous when it comes to their AMOLED screens – they really are awesome. The S6 wins hands down when it comes to screen, from size to pixels and quality.

Whilst Apple’s devices would always be ahead when it came to build quality, Samsung would generally be king when it came to performance. However, Apple’s iOS continues to bring maximum performance out of weaker hardware, where as Android doesn’t. Apple uses an A8 64-bit dual core processor, where as the S6 uses the Exynos5, which has 8 cores. Most benchmark tests point to the S6 performing at nearly double that of the iPhone 6, although, amazingly some published tests also contradict this, and point towards the iPhone 6 beating the S6. From my experience, I’d say the S6 feels quicker, but nothing that’s too noticeable. On paper, the S6 should outperform the iPhone 6.

Many suggest that iOS and Android are completely different from each other, which in many respects, they are, but this made me think it would be difficult to adjust. However, I found it to be similar in many ways. Of course, Apple’s iOS is the more secure of the two, generally because apps are carefully inspected before they are approved for the app store. Having an Antivirus scanner is recommended with Android, just as you would on your laptop or desktop PC, which will keep you safe from threats. Whilst your security isn’t so good with Google’s offering, you do have the advantage of a more customizable experience, which is useful. Surprisingly, I have adapted to Android very quickly and generally prefer it. Google’s voice search functions just as Siri does, which means you can ask things like “What music is playing” and Google will return with the answer.

The iPhone has an 8 megapixel camera, whilst the S6 gives you a 16 megapixel camera. There’s far more to a picture snapper though, namely the software that runs it. Apple get the most out of their much smaller camera, whilst Samsung haven’t. However, with that said, the Samsung is still better, giving you deeper clarity and higher overall quality. You can even shoot 4K resolution videos at a 30fps rate with the S6. If you’re after a decent camera, both smartphones will impress. In regards to front cameras, the S6 features a 5-megapixel, whereas the iPhone 6 has a much smaller 1.5 megapixel. For those selfie fans out there, the S6 is the winner here.

When you combine all of the factors, the iPhone 6 suffers a defeat, with the Samsung S6 coming out on top. If your marriage with brand loyalty is strong, then you probably won’t want to make the leap, however, there comes a point when you have to admit there’s something better on the market. With that said, both smartphones are awesome and you’ll get plenty of pleasure from owning either.