With an algorithm currently second to none, Google is the number one destination for information seekers. In fact, Google has become so big that it officially became a verb, that’s because the Oxford English Dictionary recognised the engine as something more than just a brand – “Should I Google that?” – It’s a question / term used by many on a daily basis.

As the search engines matured, it was clear that Google was winning. The most accurate results would be displayed and you’d reach your desired destination quicker and easier than with the many alternatives. Whilst becoming a giant in any industry can be dangerous and actually illegal, Google is currently your best answer for entering a search query. With that said, it’s true to say that Europe are currently investigating Google’s activities, which are based around monopoly laws. However, for now, it’s the best search engine around – It aims to connect the searcher with a relevant source (sometimes a business) – Hence the Google Garage.

With a small business boom happening in the UK, it appears as though Google wanted to create a second local base to inform locals about the power and opportunities the internet as a whole can bring. It’s a trial scheme which also launched in Leeds.

Birmingham is home the largest public library in Europe, and it’s currently Google’s latest UK base for those wanting to learn a little more about Google and how it could benefit business. With the library looking to find new funding, this new Google ‘Digital Garage’ was welcomed – they’ve got a small section within the library which ultimately functions like a public conference room. If you love basic, then you’ll probably welcome Google’s ultra-simple, affordably cheap, yet unique fashion offering… 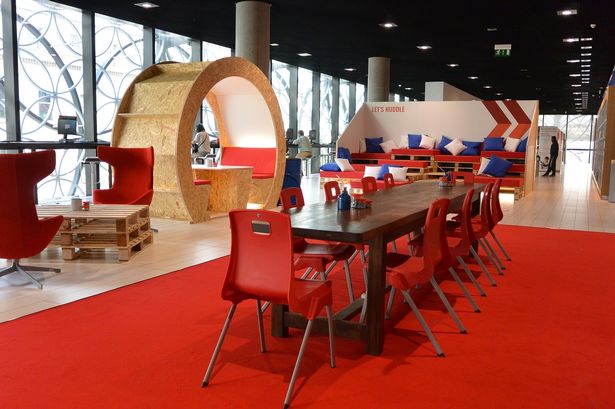 Could your business benefit? Are you on Google? If you think so, why not pop in to Birmingham Library, if local, to understand how the internet could benefit your business… or you could just Google “How does the internet benefit business”.