June 23, 2021
12 New Articles
Home Articles Your Car Is About To Become A Robot, And It’ll Rock Your World

Artificial intelligence is the stuff of Hollywood movies. And, as a result, it’s been hard to communicate to the public about how it could affect their lives. Most people are totally unaware of the rapid changes in the underlying science. And they don’t have a good grasp of the full impact that the technology could have.

Most people who are in the know think that we’re onto something big here. AI robots, they say, will be more transformative than the internet. And they could be an even bigger game-changer than electricity itself. 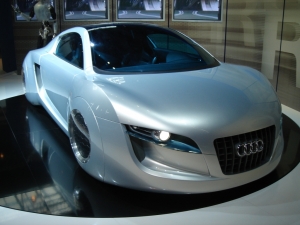 Your car is not immune from this progress in robotics. In fact, right now it’s on the frontline of a robot revolution. Most of the major car manufacturers are looking into the technology. And some have systems working in the lab and the field already.

What’s interesting about robot cars, however, is that it’s not just the technology itself that’s powerful. It’s the ways it’s going to reshape the social fabric of our world. Here are some changes to expect in the first era of robot cars.

When robots drive cars and not people, the blame shifts. At the moment, deaths from road traffic accidents are usually because of driver error, or drunken driving. Thus there’s a whole panoply of insurance products and DWI lawyers ready to step in and solve the problem. But this won’t always be the case. Cars will evolve to become like most other products out there on the market. When a car crashes, and it’s the fault of the robot, it’s the manufacturers who will share the blame. What’s more, manufacturers could be a target of litigation, just like makers of other dangerous products.

Thus the insurance model will change. You won’t have to pay a premium anymore. Instead, insurers will look to car manufacturers themselves to cough up. Thus, their business model will go from millions of consumers to just a few suppliers and manufacturers.

Drivers Will Have More Time For The Stuff They Love

According to a report by McKinsey, drivers are going to have a lot more free time. They suggest that drivers could get up to 50 minutes of extra time every day where they can do other things. In their robot cars, they won’t be limited to reading the newspaper. Instead, they’ll have a bunch of new options, thanks to the concept of the connected car. They’ll be able to browse the internet, just as they do at home. And they’ll be able to work, check emails, do video conferencing and host meetings. The report suggests that this could save humanity a billion hours a day in lost working time. That’s about double the time that it took to build the Great Pyramid.

The report also suggested that parking will become easier. The amount of space required right now in the US is about 5.7 billion square meters. But the report suggested that robot cars won’t need as much physical space to park because they don’t need open door space. Instead, customers will simply be dropped off by their cars. And then the cars will file themselves away neatly and compactly at a predetermined location.