Do I have to pick just eight? I could go on all day about the brilliance that is Amazon Echo, a device that flung us into the future overnight. If you haven’t heard of the Echo, here’s a quick overview- it’s a device that takes everything about your daily routine and makes it easier. Think Siri but way more intuitive and ultimately more functional. Priced at $180, the Echo plugs into your wall and connects to your Wi-Fi in order to provide you with an ever-growing list of services that you can access with nothing more than your voice. The following is a list of my favorite eight awesome things about the amazing Amazon Echo. 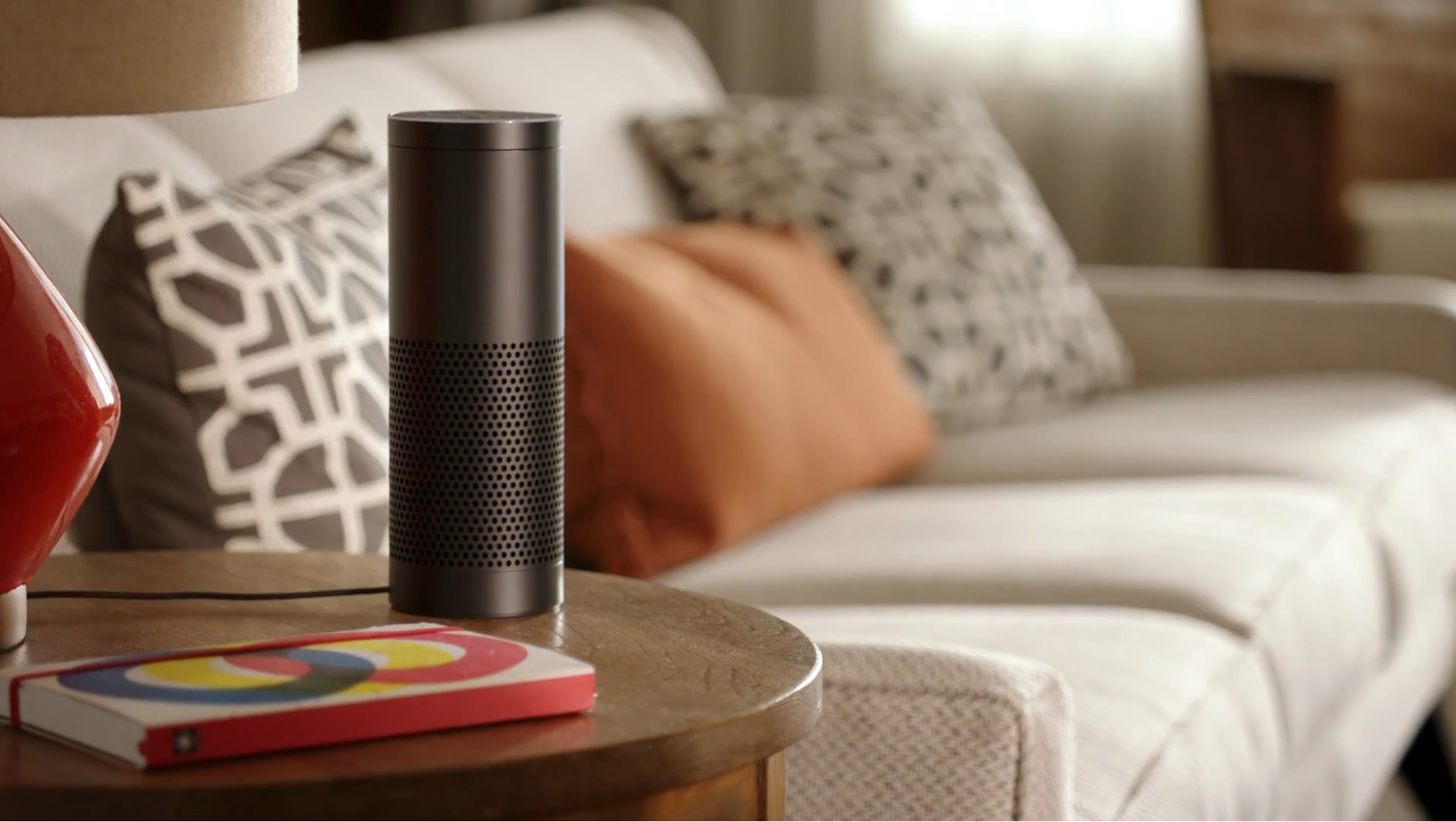 The Echo has powerful microphones and a decent speaker which allow you to check the scores of your favorite sports team, make a shopping list, play a Pandora station, turn off your lights, get the day’s news headlines, order pizza, call an Uber, and a whole host of other things… All with your voice and from the comfort of your own home.

It takes less than a minute after unboxing to get the Echo up and running. Basically everything you need to get the device set up is found on the Echo app, which is easy to use both on iOS and Android. There are only two buttons (in addition to a sleek volume wheel) on the Echo itself, and the only one you’ll ever use (albeit rarely) is the button that mutes the mic. Everything else is done using your voice or the app.

The microphones in the Echo are fantastic- they’ll hear you over the TV, your chatting roommates and a noisy dishwasher, and all you have to do is say “Echo,” “Alexa,” or “Amazon” before giving it a command. Unlike Siri, which often misinterprets what you say, frustration is minimal when using voice commands with the Echo. While the speaker leaves a little to be desired, it’s not a product for audiophiles, and you can put money on the fact that it will one day be able to connect to your home stereo anyway (see “possibilities” below.

While this was touched on a bit under “Accessibility,” I want to go more into just how well designed this product is. Its sleek cylindrical design not only looks great but is highly functional, allowing you to interact with it from any angle. Not relying on battery power may seem like a downside for some until you realize that you don’t really need to move it around much- the exception being if you live in a large house. Still, placing it in the kitchen is a good idea, and a compatible remote lets you interact (still via voice) from anywhere else in your home.

When you’re getting ready in the morning, simply saying “Echo, give me the news headlines,” is amazingly convenient as it saves you time. When you’re going through the fridge and see you need more milk, just say “Alexa, put milk on the shopping list,” and it’s done. Putting something in the oven? “Amazon, set a timer for 15 minutes” is all you have to say, and it’s done. It’s an organizational tool as much as anything else, and it will totally change the way you go about your life on a daily basis.

The Echo is a luxury product, and as a luxury product that can make your life easier in so many ways, $180 is a totally fair price point. Even if you make minimum wage, this isn’t as out of your price range as many other luxury products are, and since it comes from Amazon, you can be sure that it’ll stand the test of time and definitely give you a fantastic return on your investment.

The sky is the limit with the Echo, and thanks to third-party app support, the possibilities are endless with what you can do with this little device. Like the “smart houses” you’ve seen in the movies, the Echo lets you control so many aspects of your life- from the mundane to the complicated- with just your voice. This product is so innovative in so many ways, and we’ve only scratched the surface of what this technology is capable of.

Having some friends over on a Friday night? Watch their jaws drop when you say “Alexa, order two large pepperoni pizzas from Dominoes.” Maybe you have a romantic prospect over and you’re pre-gaming before the bar. When you say “Echo, order me am Uber…” how could they not be blown away by that? This is a great gadget to show off and will serve as the ultimate conversation starter when you have company over. This device is sure to impress both friends and family. You can purchase Amazon Echo today for $179.99. However, you should note that it’s currently only available in the US. So, if you’re from another country, you’ll want to import one and grab a plug-converter.