E3 2015 has been a blast, and despite titles like Fallout 4 and Deus Ex: Mankind Divided being revealed prior to E3, the event still managed to have a lot of surprises in store. Let’s take a look at some of the ones that stood out. 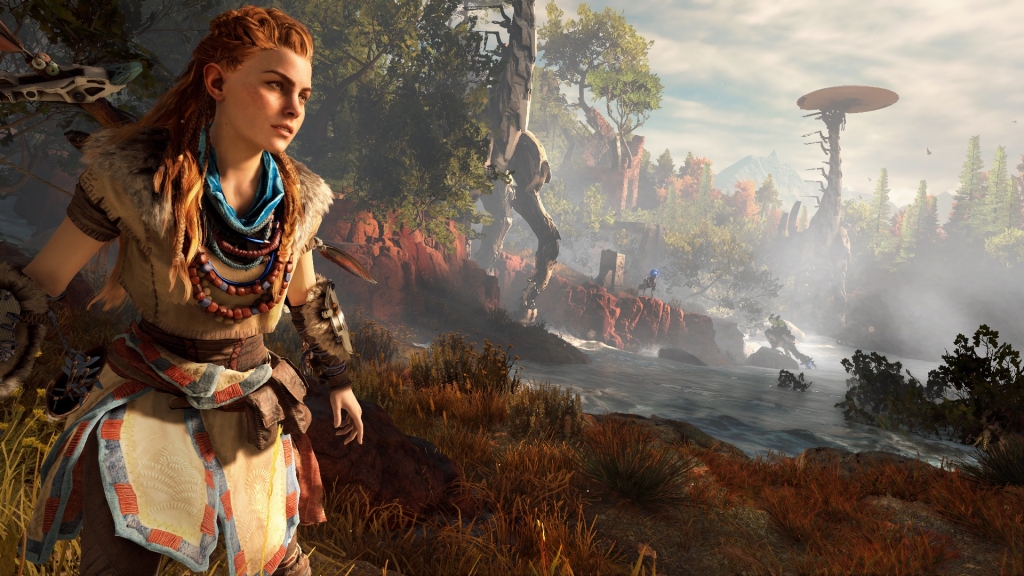 Mankind reached its peak. Our tech hit a certain level and then we died out. Or most did in Guerilla Games’ new action RPG title Horizon: Zero Dawn. You play as a hunter, Aloy, who travels an expansive and beautiful world which is inhabited by mechanized creatures. In the reveal trailer we see Aloy hunt for some vials on the back of deer like machines only to be caught by a large Tyrannosaur like creature with rocket pods and a bladed mouth. After an epic battle she brings the creature down and looks ominously over a cliff’s edge at the ruins of an ancient futuristic city, setting up the basic plot of the game with a few lines of lore. 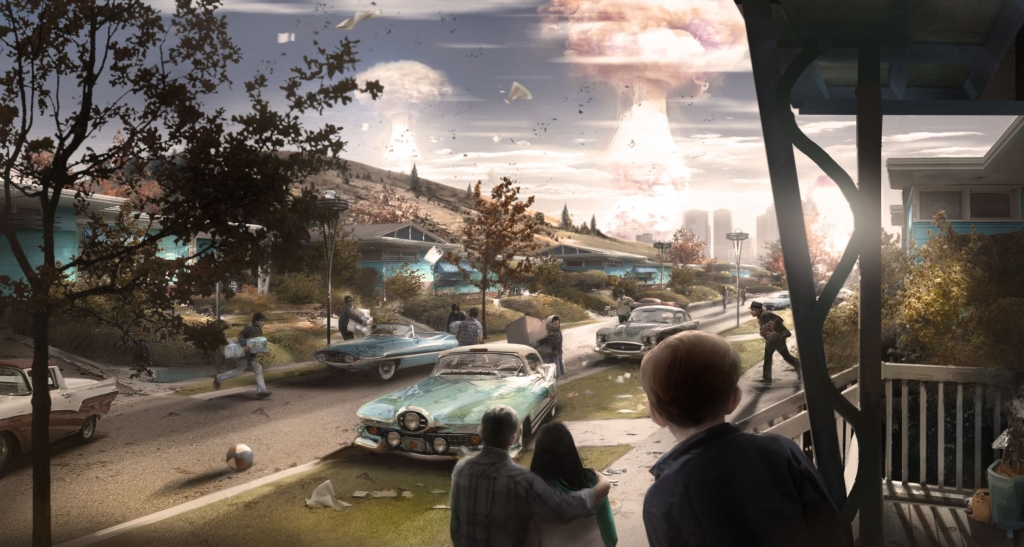 If hunting down robots isn’t your thing how about hunting down robots, mutants, raiders, armored soldiers, deathclaws, and a plethora of other things out in a post apocalyptic world? Tackle on top of that a companion system and the ability to take apart and rebuild anything and everything how you want, and you have Fallout 4. Practically the game of the show, this kingpin plans to release November of this year and everyone besides Call of Duty best move out of the way. This game is going to be the only thing a lot of people play for a long, long time. 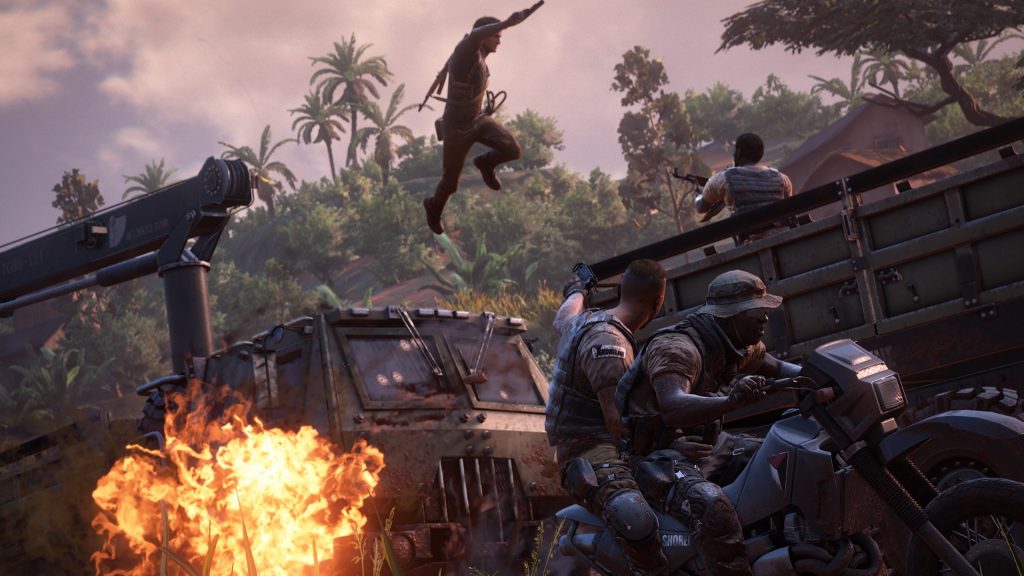 Grab some popcorn it’s time for an action packed movie! Actually make that an action packed game that feels like a movie. That’s what Naughty Dog has delivered for years with their series Uncharted and with its newest entry, Uncharted 4: A Thief’s End, they are just going to take it up a notch. With fantastic voice acting, and non stop action-adventure, this is a game to get your hands on. Which you can March 2016. 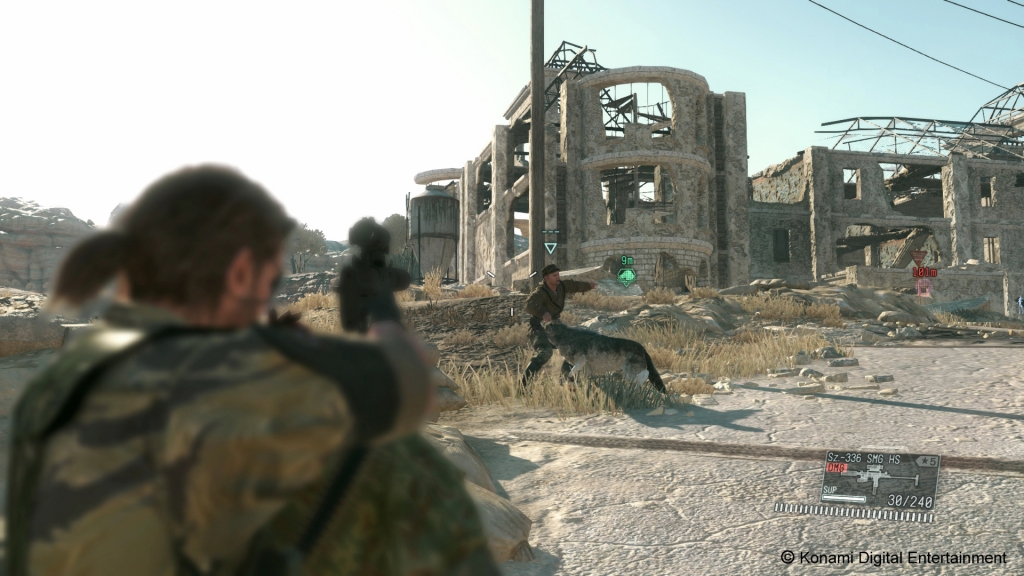 It may not be competing with Fallout 4 on all platforms but this may be the one game that could fight for the title of game of the year as far as the PS4 goes. On top of the much anticipated, open world, tactical espionage, campaign; the team has also revealed a new online mode. Similar to how GTAV shipped with GTA Online (well, shipped with a month delay) MGSO will be an online mode of its own it seems bringing together all the things you love from all of Metal Gear.

Ubisoft is betting hard with the Tom Clancy franchise this year. With Ghost Recon: Wildlands and Rainbow Six: Siege, they just need to announce another Splinter Cell to have all the cards out on the table. Regardless of if see Splinter Cell at E3 or not, nothing can top the anticipation for The Division. This is one game which, after having its graphics turned down a bit, it is still a great looking game. Now that more gameplay has been shown though it seems Ubisoft is attempting to make this the next Destiny. Get ready for loot farming boys and girls. 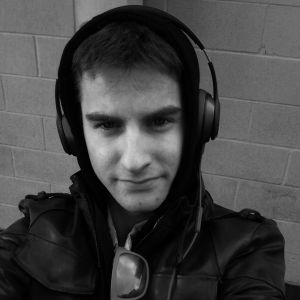 Dakota Barrett is an indie game developer with a focus on writing and design.