The first quarter of 2018 saw record growth both in app downloads and app-based revenue. In a trajectory that has defied the naysayers and climbed steadily over the last few years. Google Play and iOS downloads for the first quarter of 2018 alone reached 27.5 billion, with spending up by 22%, reaching $18.4 billion. Both of these numbers represent record-setting highs. Prior to this, the previous record-setting quarter came just before, at the end of 2017, so this is no one-off nuance of the tech age. In fact, global app downloads for iOS and Google Play had surpassed the 90 billion mark as early as 2016, a lifetime ago, in tech terms.

So, what’s driving the rise of mobile apps? The one major factor is the exponential appetite for apps in emerging markets such as China, India, Russia, Turkey and South-east Asian nations. This emerging market growth is also having a significant impact on revenue, with China having overtaken the US in 2017 in app store revenue growth.

Will this rise in app downloads continue?

App trends researcher App Annie predicts that downloads will reach 284 billion by 2020. Much of this will be due to smartphone migration in emerging markets, as the global base of installed apps doubles, and then surpasses this prediction. The real winner after this will be increased revenue across all markets, as smartphone and mobile app saturation slowly sets in. This is bound to appease tech gurus in Silicon Valley, who have to not only stay on top of consumer trends but also outsmart the graph data curves.

How can revenue rise if slow smartphone app saturation sets in?

The answer lies in looking at what’s already happening in mature markets such as the US and Japan, where decreased download rates have made way for greater consumer engagement with apps and, consequently, in-app and app-related purchases along with monetization from e-commerce.

The Annie findings are echoed by another report by Flurry, which indicates that general app usage is declining in saturated markets, but this masks the fact that consumers are spending bigger chunks of smartphone surfing time within certain apps, rather than over an array of apps.

A big trend driving this is cross-app access and increasingly sophisticated sharing functionality, with Facebook being a primary example. Not only can Messenger and Instagram basically be accessed via Facebook, Messenger’s capabilities have vastly increased as well. This has given rise to what has been coined the ‘app ecosystem’.

As the app ecosystem and climate within it becomes increasingly challenging, leading to unpredictable usage and spending patterns, developers are looking to new ways of competing to be seen and heard in this mobile app crowded house.

Augmented reality – the next bigapp trend?

Forbes predicts that augmented reality will become a mainstay as far as apps go, and could reach $120 billion by 2020. Already, the online game Pokemon Go proved the mass viability of going the AR route. With Apple’s ARKit and Google’s ARCore at the ready, there should be no shortage of AR adoption and integration in 2018 and 2019.

The big thing for developers to bear in mind seems to be asking how and to what extent AR will enhance the user’s existing experience. If not, it could just be another dead-in-the-water functionality. Ikea has integrated AR well, for example. Instead of merely clicking through furniture pieces and paying for them, you can now see what your furniture will look like in the part of the home or office it’s meant to be used in. How well will it fit into the dimensions of your space or go with your existing paint color? The app will generate a virtual 3D image for you so you can ascertain these details with precision.

It is not hard to see some of the other biggest social apps following suit. You can message, video call and add filters to your photos in the Facebook app so being able to attend a conference as if you’re really there – instead of merely watching a live feed – is surely the next step. Why video call someone when having them virtually interact with you on the couch is even better?

It is a logical leap for social apps, especially dating apps in particular. Take, for example, the world’s largest Android dating app, Badoo. By mid-2016, downloads had surpassed the 27 million mark, with Badoo, as a whole, now approaching the 358-million active user mark.

Perhaps the success of Badoo comes down to it being a photo-and location-based social connection service, rather than merely an altruistic dating service. And the revenue model is sound too – the site is free, but to get more views and be able to access functionality you have to purchase credits. If location is proving to be such a major driver for Badoo, it’s not hard to imagine that AR or VR integration would add to the allure and prove an even more successful strategy. 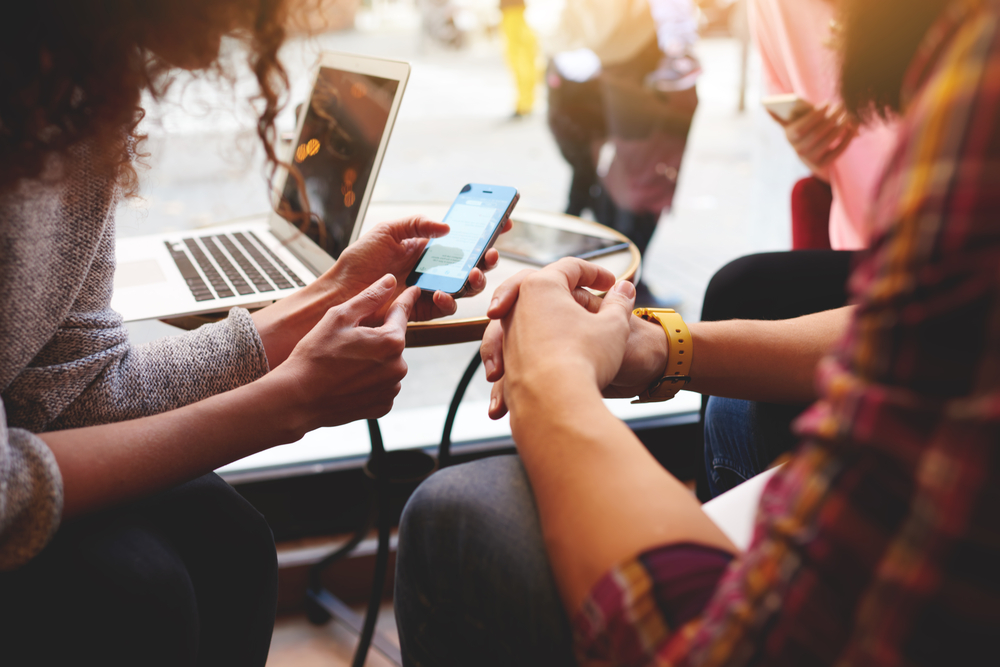 Google Home and Amazon Echo have already proven that the smart home app can be mainstream – it is well on its way there. More controversial is the small but definitely not muted assertion that chatbox messaging is set to revamp the retail sales industry imminently. In the third quarter of 2017, Sephora mentioned that it had seen an 11% rise in revenue directly attributed to its Sephora Reservation Assistant.

Can a bot really take the place of a human being though? It’s hard to imagine a bot answering intricate questions, or ones involving the conditional, ‘if’. But, once upon a time, not very long ago, it was hard to imagine Apple’s Siri being a reliable assistant, too.