February 23, 2020
12 New Articles
Home Articles How Much Do You Really Know About Apple?

You’d be hard pressed to find anyone who didn’t know the Apple brand. Since being founding in the late 1970’s, the brand has become a vital force within the technology sector. People will queue for days even months in anticipation for the release of their latest iPhone. Their iPads and Mac computers are now industry standard, particularly within creative industries. The Apple Watch has seen the company extended its reach by combining communication with fitness. Apple TV and Apple Pay are other recent offerings made by the company in the past few years. These are all things that it’s competitors have failed to execute as effectively. As well as creating incredible high-tech products, the brand is also known for it’s marketing and branding. It’s white packaging, and statement logo can be recognized in almost any country throughout the world.

It’s this innovation, and forward thinking has made it one of the most valuable and wealthy brands on the planet. They may not be currently  performing as well as predicted and face more competition than ever before. But they still continue to be a force to be reckoned with as their loyal fan base relentlessly buy their devices and products.

But despite how undeniably popular Apple is, it’s customers don’t know a great deal about them. The company is renowned for being secretive, and this has created a mystique around them. This has undoubtedly added to their appeal and made them the powerhouse they are today. But when the world is so obsessed with your products, would it not be beneficial for your customers to know more about you? With this in mind, we have created this list of interesting facts about Apple and their products to boost the knowledge of every Apple fan out there.

Siri stores everything you say 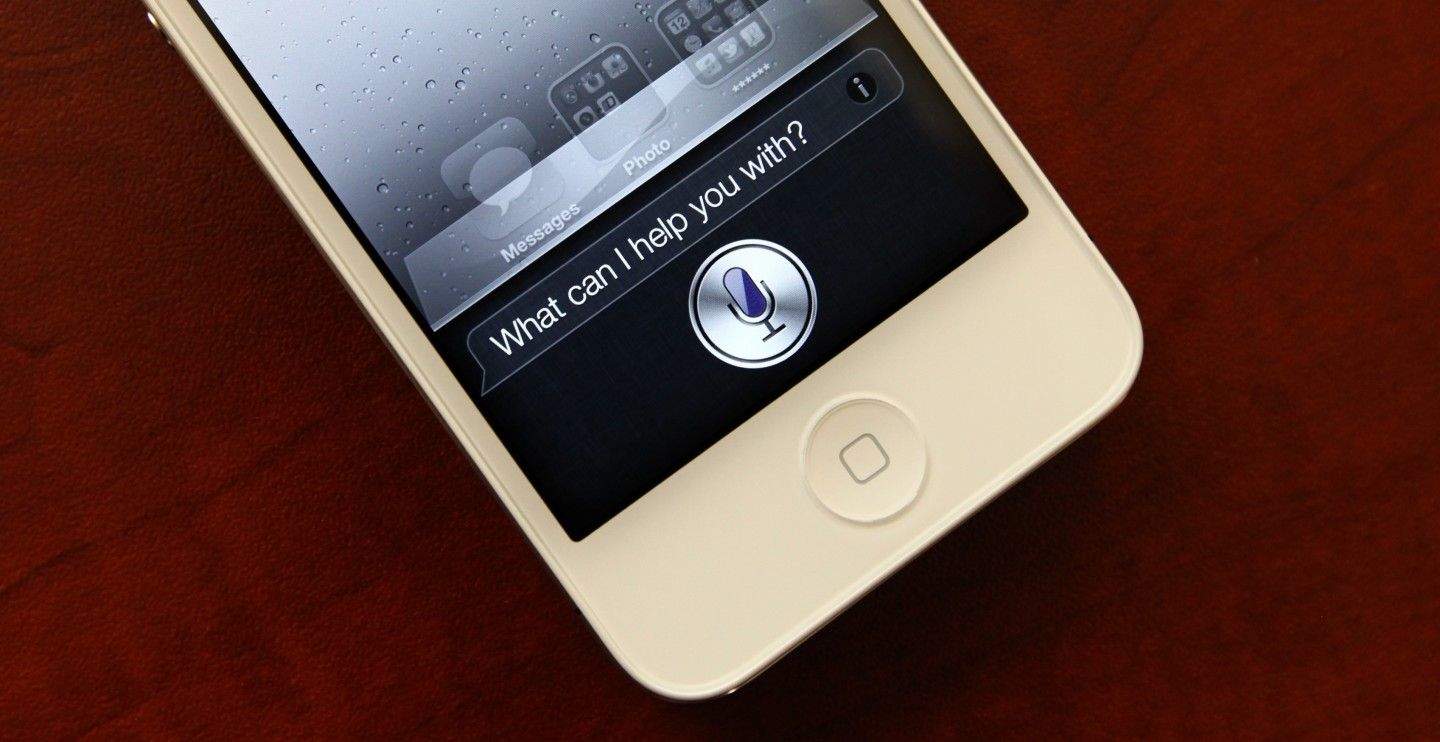 In 2011, Apple unveiled an innovative computer program named Siri. The program was designed for and is still used within their operating systems for their iPhones, Apple TV, and Apple Watch devices. The program is able to answer direct questions, offer recommendations and give directions. It’s was marketed as a feature on your Apple devices that can make your life easier. This understandably appealed to their fans and was unlike anything any of their competitors were producing at the time. Initially, there were complaints that Siri wasn’t as effective as previously thought. Many Youtube videos of consumers trying to use Siri but the program was unable to understand them. This caused a lot of outrage at the time, but the program has since been developed and improved upon.

Siri is considered a novelty feature to many iPhone users. It’s common for people to ask her often random and inappropriate questions to get entertainment from her response. But what many people don’t realize is that Siri stores everything you say. Whenever you ask a question, Apple will analyze it and store it within their database. The company claims it only used this data as a means of improving the program. These files are made anonymous and can be kept for as long as 18 months. Many see this as a breach of privacy, whereas others find it embarrassing when they consider the questions they’ve asked. Apple are said to be trying to improve their policies concerning the privacy of their customers. So in the meantime, you might want to consider what you say a little more carefully when talking to Siri. 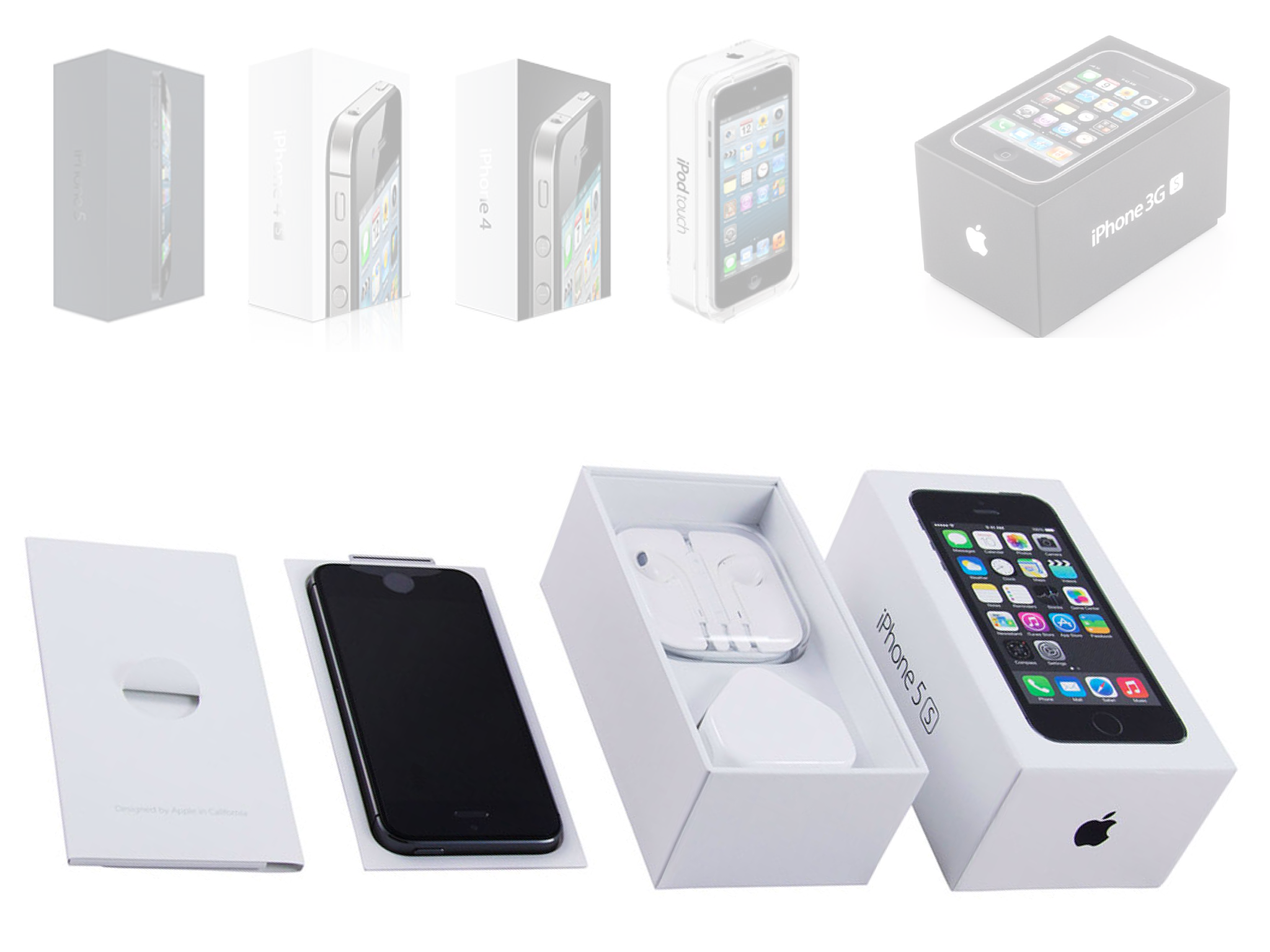 As previously stated, Apple is renowned not only for it’s products but their packaging also. The company has raised the bar when it comes to creating an unboxing experience for their customers. This again is something that their competition including Samsung and Sony are currently unable to contend with. Steve Jobs even had Apple’s packaging patented to protect it from being copied elsewhere. He was quoted numerous times stating how important he felt packaging was to the technology he was providing. He felt it helped make it easier to introduce a new device as it allows the customer to discover it piece by piece.

Their simple apple logo is also featured on all of their products and packagings. But it wasn’t the original design that was initially used. In 1976, Steve Jobs and designer Ron Wayne created a logo that involved Sir Isaac Newton sitting under an apple tree. It’s extensive detailing was far from the logo it is today, and it was difficult for consumers to read and recognize. In 1977, Rob Janoff’s rainbow apple design was revealed to coincide with the Apple II computer. The timeless design may have gone through various color changes since then, but the design remains intact.

Within their headquarters in California, there is a secured room designated purely for packaging. This is a room where every box, tab, and insert is designed and tested vigorously to ensure perfection. It’s here that they also choose colors and decide where the logo will be placed. A lot of consideration is put into every aspect including the order in which the device is unwrapped. The obsessive nature of their packaging process has created truly ingenious and sophisticated designs. This has only added to the attraction and allure of Apple products.

Apple stocks are highly sought after as more people want to take advantage of the company’s successes. This has caused many people to believe that these stocks continually rise and increase in price. But this is a common misconception. Apple stocks began to decrease back in November last year as their iPhone sales began to slow down. Stocks will continuously rise and fall, and this is likely only to be a temporary blip. Unfortunately, this caused many people who wanted to invest with the tech giant to go elsewhere. But this fall in their stocks could be an ideal opportunity to invest while their prices are lower.

Stock market experts still consider Apple stocks to be a smart investment, despite it’s current decrease in price. The company plans to open more stores in both China and India, which could unlock vital iPhone selling potential. It’s also important to remember that the iPhone is not the only product Apple has on offer. From The iPad to Apple Pay, the company has a thriving ecosystem that does not rely on one device alone. The company is also said to have a number of projects in the pipeline for 2017 and beyond. While there is no guarantee these products will perform, the anticipation for them is looking positive. So even though their stocks might not be as high as they would like, it’s likely they will rise again in future. This is why they are a worthwhile investment to make. If you’re interested in investing in Apple stocks, you can visit MoneyMorning.com for info here.

Second-hand smoke can abolish your warranty

When you buy an Apple hardware such as the Magic Mouse 2, it is covered under warranty. This usually last for a year and covers you if you have a faulty product. Apple also offers its customers AppleCare. This is an extension of the warranty that offers technical support and repairs to your Apple hardware. In some cases it also covers accidental damage and theft, providing you with peace of mind and protection. This will vary depending on the product you have bought, and a fee is required to secure and use this services. The company prides itself on it’s fast response times with hardware issues. They do this by employing knowledgeable support teams and offering express replacement services.

Not many people realize that smoking near their devices invalidates their warranty and AppleCare. So if your iPhone or Apple Watch stops working and Apple believes it’s caused by smoke damage, they won’t assist you. This is because Apple deems second-hand smoke as a hazardous substance that can cause severe illness. They don’t want to risk the health of their employees by allowing them to fix smoke damaged devices.

While this is a thoughtful approach by the company, it’s left many of their customers deeply unhappy. Apple is said to have had many complaints, and some were even responded to by Steve Jobs himself. So if you are a smoker and own an Apple product, ensure you always smoke a fair distance away from it. You can learn more about Apple warranties and AppleCare by visiting the official Apple website. You can also check the status of your warranty and discover exactly what you are covered for.

After reading through all of these facts, you should know far more about the often elusive Apple brand. As you can see, they weren’t always the world dominating tech company they are today. Their progression has taken multiple twists and turns, and it’s not always been smooth sailing. As their strongest competitors, Samsung continues to overtake them in sales figure, who know what the future holds. With rumors of the iPhone 7 circulating, maybe Apple’s latest offering help them regain their former glory. Only time will tell.