If you are reading these pages there is a good chance you are a tech geek, and if you are a tech geek you are likely a fan of the Terminator movies (I am talking about the first two, not the awful sequels). Those movies told the story of a world in which machines had wiped out much of mankind through war, these machines had been designed as autonomous weapons to protect man… oh the irony. 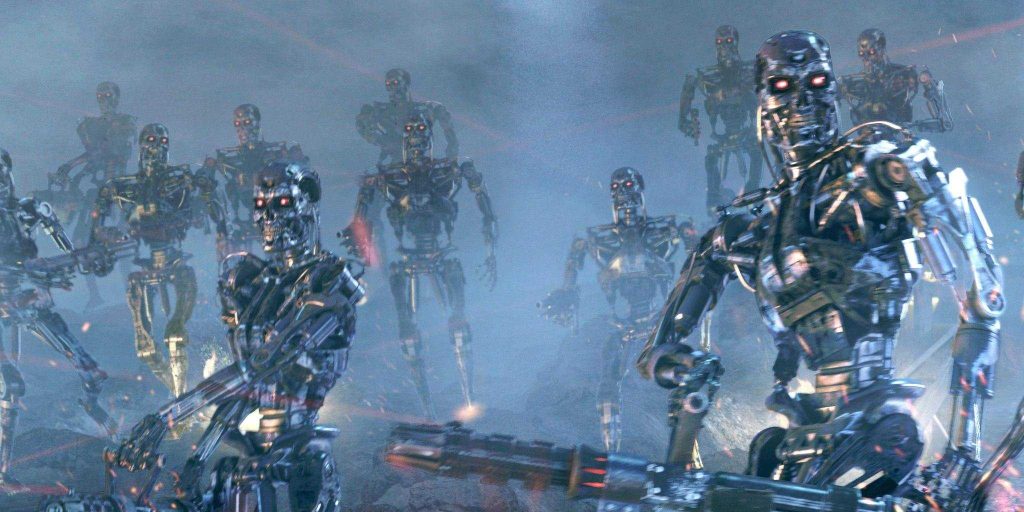 Luckily Arnold Schwarzenegger was on hand to save the day, sort of. Life has a funny way of imitating art, or so the saying goes, and with robotics and drone technology getting ever more advanced, we are actually only a few steps away from autonomous weapons and AI. This is not entertainment either, at least not according to 1000 of the world’s leading scientists who have written a letter warning of the dangers of letting machines have too much control in terms of arms.

Signatories of the letter include Apple co-founder Steve Wozniak, Professor Stephen Hawking, and other prominent minds in the field. The letter has been endorsed by the likes of Noam Chomsky and Google AI chief Demis Hassabis.

The subject of “Killer Robots” has been a prominent one in recent times, with the UN discussing the danger of giving machines too much control. The letter expands on these themes and is specific in detailing that robotic technology should never be given control without human intervention possible.

“In summary, we believe that AI has great potential to benefit humanity in many ways, and that the goal of the field should be to do so. Starting a military AI arms race is a bad idea, and should be prevented by a ban on offensive autonomous weapons beyond meaningful human control.”

You can check out the full letter here.