When it was announced that there was going to be a follow up to the wildly successful and popular “Sims 3”, the internet lit up with chatter and gleeful anticipation. After all, we’re talking about a series that’s been around for quite a while now and is known for being able to deliver very personal customizable experiences, which is in and of itself, no small feat. However, with “The Sims 4”, developers EA Maxis and The Sims Studio have really stretched their wings out and created an even more dynamic and amazing game that’s completely loaded with features and content. 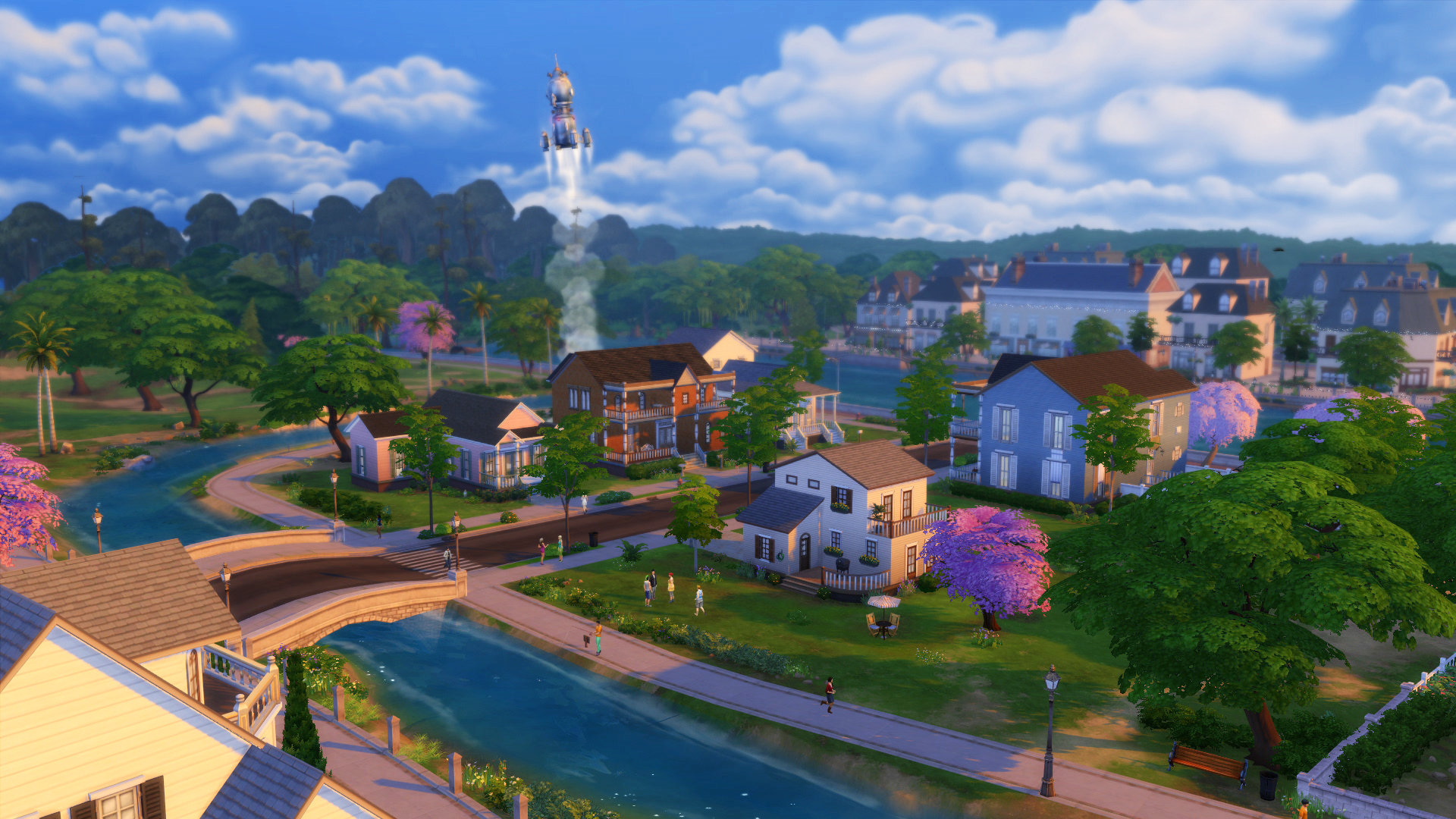 In case you’re just now discovering this wonderful universe, The Sims is essentially a life simulator series which often times has a comical edge. It allows you to control simulated people from an isometric perspective while also constructing houses, decorating, buying things and carrying out specific tasks. Of course, with The Sims 4 they’ve really upped their game, adding all sorts of new things like complex emotional responses and better AI / social interactions in addition to enhancing the graphics and incorporating social features (like the ability to import things made by other people into your world).

But don’t start thinking that this is a game which forces you to do stuff, because that simply isn’t the case. If you prefer to approach the game in a non-creative fashion there are lots of pre-made modularized pieces you can purchase and stick together. Likewise, you don’t even have to take such a proactive approach to managing your little Sims either, if you don’t want to. Having said that, there are loads of materials and objects you can use to fashion a very unique place if that’s more your thing.   The ease of use is also a major factor too, where building a complex multi-story home can be achieved in mere minutes using a simple tabularized interface and click and drop abilities. 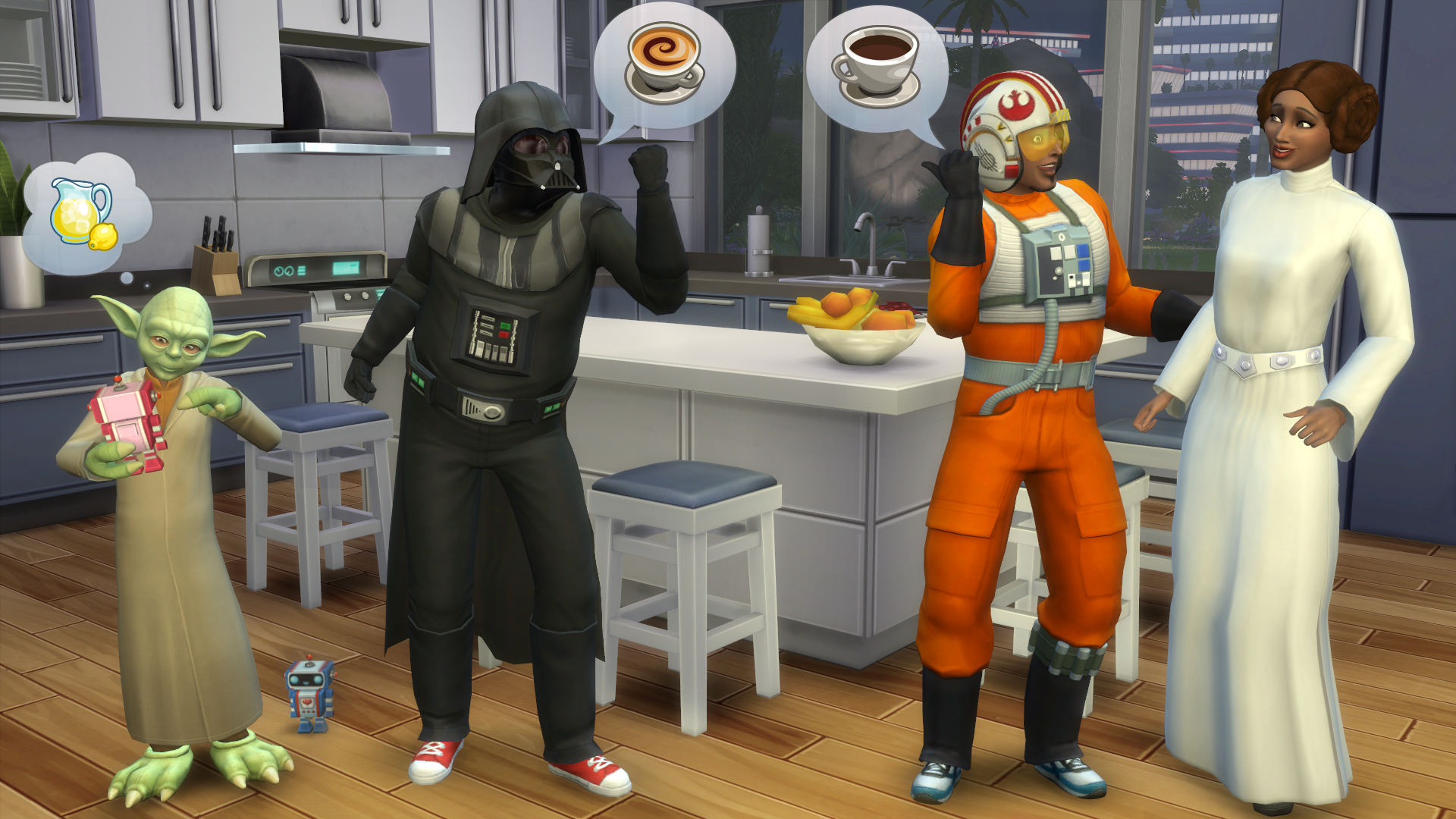 As expected, The Sims 4 comes with an impressively large and varied amount of content built-in and ready to explore. Naturally, there are limitations here, mostly elevated price tags, which you’ll have to circumvent in order to experience. However, if you put in the effort required you will be able to stick that rocket in your backyard or buy that incredibly weird piece of equipment to use for “experiments” (mwu haha ß comical “evil laugh”). In short, if you enjoyed all the various things you could do in The Sims 3 then the Sims 4 will definitely seem like a marked improvement by comparison, even though there are some things to complain about.

One particular qualm that many have noted is the switch up to smaller, more modularlized map sections.   Whereas you could basically trawl across a map in a very open world-like fashion with previous entries in the series, The Sims 4 divides its territories into chunks which are accessible via loading screens. While this isn’t really a big deal, it does break the gameplay continuity a bit, which might disturb some. On the whole however, this new approach likely makes it possible to increase overall stability within each “zone” (we’re assuming), which is certainly preferable. 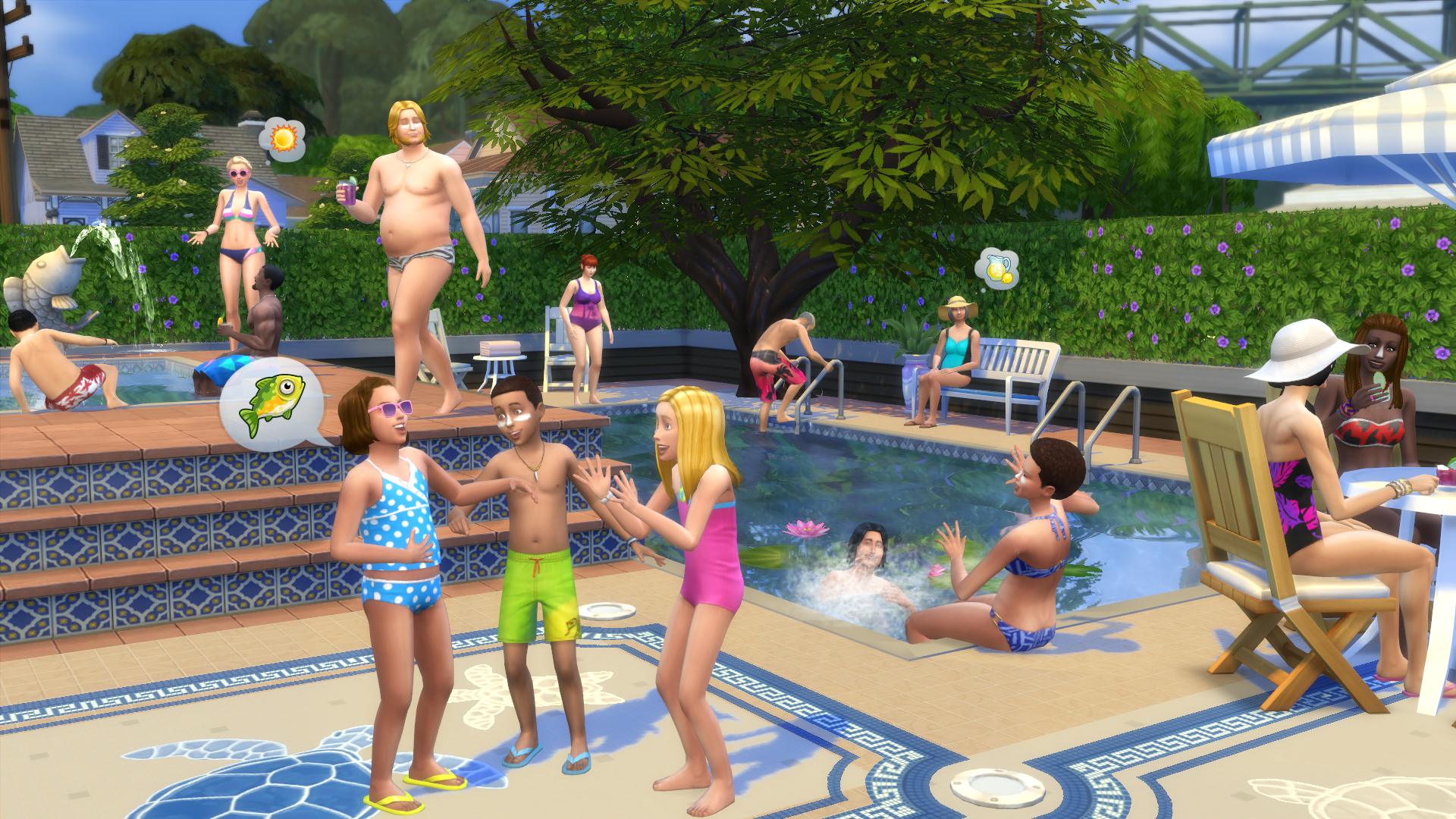 All in all, The Sims 4 allows you to essentially play god with an entire community of little simulants, each one with its own strange little personality. Simply watching them interact with one another is often highly entertaining, without you having to have done anything. Of course, the longer you play the greater the chance that you’ll begin to develop favorites, perhaps even coming to dislike some particular person in the neighborhood.   It is this humanizing quality which ultimately draws people to the franchise, well, that and the ability to completely oversee all aspects of their lives and have fun while doing so.

If you’re a Sims fan, you’re definitely going to want to pick up The Sims 4. It’s improvements in the area of social interaction are particularly noteworthy, as are the graphical upgrades. However, don’t expect it to excel beyond The Sims 3 in every area, because there are certain elements which that game nails down better than this one, perhaps. Taken as a whole though, The Sims 4 is definitely a step up for the franchise and is a must-play game for this generation.