Seen as being something of an albatross, the constant need for PC gamers to upgrade their graphics card in order to play current and emerging titles is well-known.  Of course this is also something of a saving grace as well, because it means that it’s possible to play even more graphically-advanced games than what might be available to conventional console users.  Moreover, each title tends to develop its own unique community of modders, which means loads of free user-developed content to play around with for years to come.  Assuming that you’re ready to splurge on a fancy new graphics card in 2014, be on the lookout for the following high-tech models…

Arguably, the GeForce GTX Titan Black Edition graphics card is perhaps THE piece of hardware for truly avid PC gamers.  Building upon the basic design of their GTX 780 Ti model (which itself is wildly powerful), Nvidia’s GTX Titan Black Edition raises the bar yet again.  Mind you that the specs here aren’t being radically improved upon in any significant way, its abilities are nearly equal to that of the 780 Ti.  Nevertheless, the Black Edition is an amazing card.  With memory running at a full 7GHz data rate, 6GB of GDDR5, and 5.1TFLOPS of compute performance, the GeForce GTX Titan Black Edition is nothing short of amazing.  In short, it’s safe to say that this card will eagerly gobble up all of your most performance-intensive titles with power left over to spare. 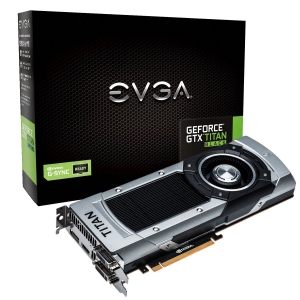 Then of course there’s Nvidia’s GTX 790, which promises hitherto unknown levels of graphical bliss courtesy of its (not one, but) two GK110 chips.  Regardless of how you might feel about any of the company’s other current cards, the GTX 790 is going to offer PC gamers a shot at some truly amazing capabilities at a price that’s comparable to other current top-of-the-line graphical hardware.  In fact, many analysts think that the GTX 790 might actually shake up the entire PC gaming industry in a major way given that it will utilize no less than 4992 CUDA cores in tandem with around 10 GB of GDDR5 graphics memory (5 GB per each GPU).  This is perhaps especially good news for forward-thinking game developers who are ready to unleash even larger and more visually spectacular creations to the community at large.  The release of this card could very well mark the beginning of a new era in PC gaming.