Donald Trump is a politician in the US. who holds strong views which have resulted in him getting plenty of media attention. With that said, Trump’s loss of Iowa was most likely seen as a victory for the owner of the domain loser.com who has re-directed traffic over to the page on Wikipedia for Donald Trump.

You can just imagine Trump in some-kind of angry tantrum – in fact, his Twitter page shows that he is. After all, the Donald doesn’t like taking second place and is always telling people that he is the only winner. However, his theory is now rivalled with the Iowa loss he just encountered. 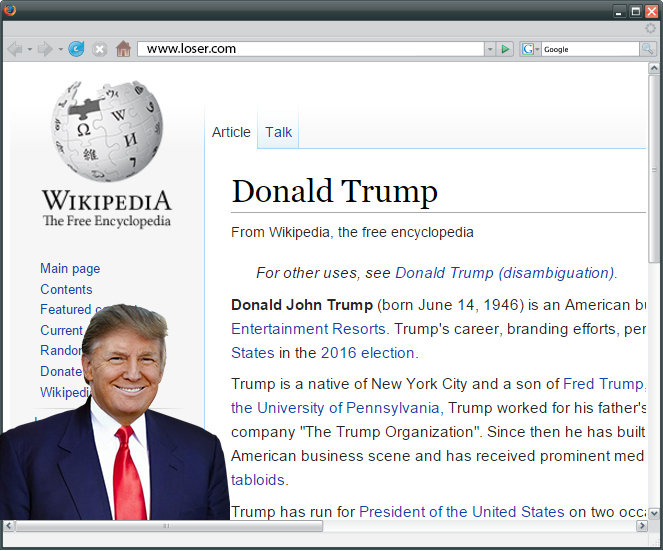 It was certainly a smart move from the owner of Loser.com – that’s because the web address has been talked about. Call it a promotion stunt, but it certainly has got people laughing and talking, everybody other than Trump himself.