The gap between science fiction and reality narrows a little more with the introduction of the Phantom 4, a drone produced by DJI. It costs just $1,399, and with that price tag comes the ability to hover and film while automatically avoiding objects in its path, without the help of a GPS signal. That’s not all— this drone can actually recognize and follow a human being or some other moving target, dodging obstacles along the way. You can currently pickup the DJI Phantom 3 Professional Quadcopter for around $900, which also has a 4K camera.

All the owner has to do is use an iPhone or iPad, choose on object on the screen, and tell the drone to follow that object or person. Then they can sit back and watch as the drone does its work. Besides the potential for recreational use, the practical applications of this technology are countless. Law enforcement, package delivery, and traffic coordination are just a few areas of society that could use a drone like this. What’s the electronic brain behind this amazing new piece of technology? It’s the Myriad 2 from chipmaker Movidius. 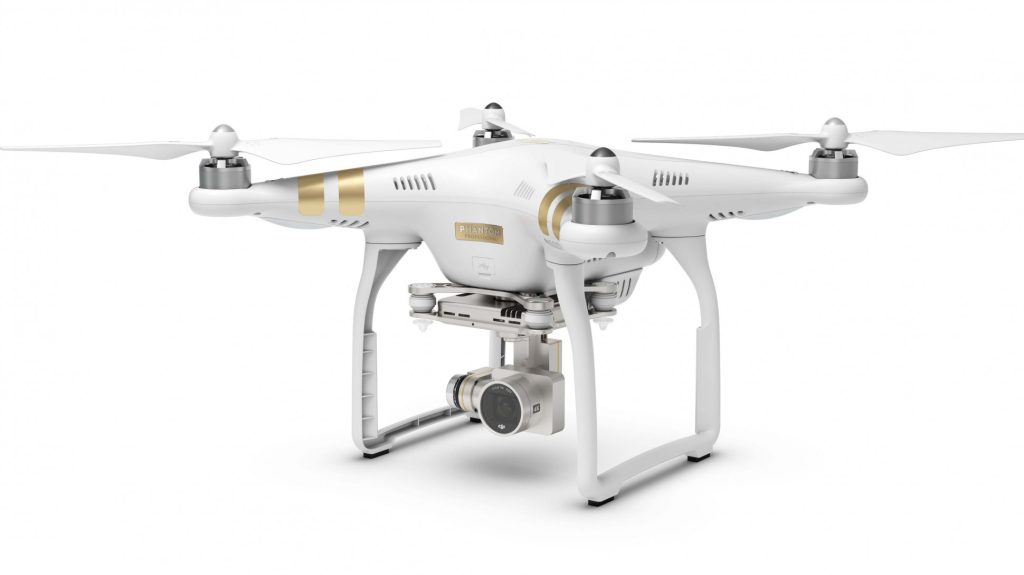 Movidius first garnered attention in 2014, when Google used the Myriad 1 chip in its first line of Project Tango tablets. The chipmaker is a small company with around 125 employees and the potential to leap to the forefront of drone technology. And that’s not the only market that Movidius may have its eye on— with the company’s penchant for making small yet powerful chips, the smartphone and virtual reality sectors are wide open as well.

So what does Movidius’s Myriad 2 do that’s so special? Essentially, it helps the computer see. Movidius is honing in on the niche market of computer vision, and it’s a genius move. The next leap forward in technology is going to take drones, phones, and VR devices to a whole new level. The company calls its flagship product a vision processing unit, or VPU, in contrast to the CPUs or GPUs that have traditionally formed the core of computer processing so far.

Once a Movidius chip is designed, it goes to TSMC, a large production company in Taiwan that also serves companies like Nvidia, Apple, and Qualcomm. TSMC then makes the actual Myriad 2 chips for the devices.

Movidius also made a software development kit and a collection of algorithms customized for DJI’s Phantom 4 drone. Those algorithms help the drone process three-dimensional space, depth, proximity, and other aspects of visual orientation. DJI includes an ActiveTrack feature with the drone, which means that it can recognize and pursue a moving object. Thanks to those high-level algorithms and a unique optical flow function, the drone can actually track individuals.

A Nod from Apple

The Phantom 4 is cool— so cool that Apple has actually given it premium space in its own stores. Apple does sell some third-party merchandise that pairs with its products, but the company has given the Phantom 4 promotional feature bays that showcase the product. It’s that good. Plus, in certain Apple Stores, DJI reps have stopped by to show everyone how to use the drone. Right now, you can only buy the Phantom 4, complete with its powerhouse Movidius VPU, online or in one of 400 Apple stores.

Have you tried the Phantom 4 yet? Let us know what you thought of it in the comments!