To take a page from the vehicular vernacular….vroom, vroom!  That’s right, folks, Evolution Studios’ much anticipated “DriveClub” has finally pulled into the starting grid, try to contain yourselves.   The real question of course is – does it meet or exceed all the hype surrounding it?  To put it simply, yes it does.  Definitely… 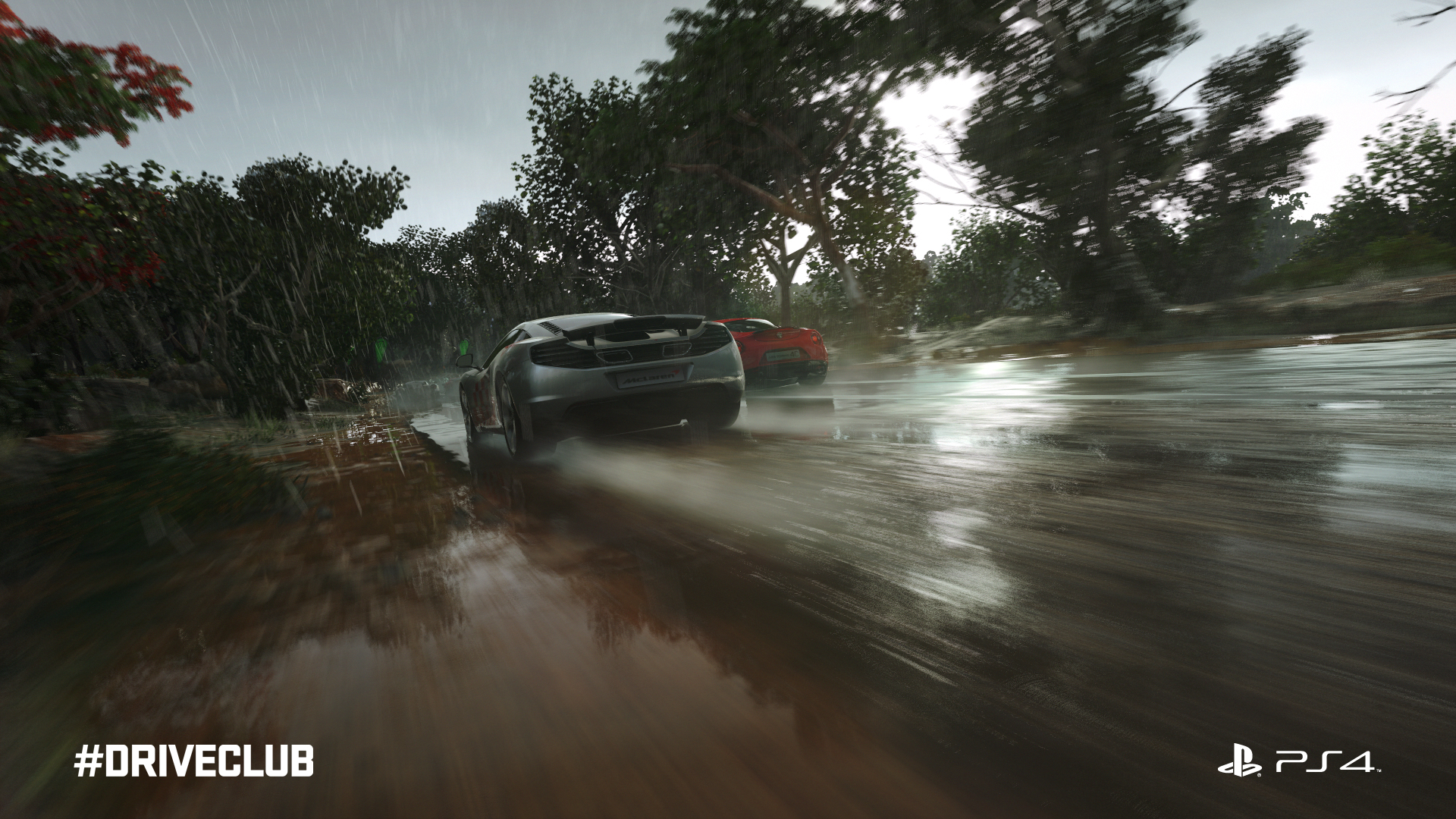 Of course, DriveClub isn’t your daddy’s flashy, bombastic racer.  Instead, it is a carefully conceived and executed racing experience that feels, well…”measured”.  In other words, if you were expecting to encounter yet another balls to the wall, pedal to the metal, white knuckle racer, you might end up scratching your head for a bit.  No, this is a more (dare I say), “elegant” driving game, where you can certainly get your kicks, but it never feels forced in any way, shape or form.  Quite simply, it’s sort of a middle of the road game which plays up its strengths in the visual department and adding excellent gameplay to firmly establish itself as a game that actually feels fun and comfortable to play.  Yes, even saying the word “comfortable” seems like a no-no these days, where the extreme has become the standard, but if you passed on DriveClub you’d be missing out on a wonderful driving game.

First up, the graphics…  Without a doubt, its visuals definitely place DC in an upper tiered league.  The game responds extremely well to its native PlayStation 4 environment, like a finely-tuned engine.  If one were to just focus on the presentation then they’d definitely be floored at how absolutely gorgeous this game truly is.   The maps / tracks are filled with such detail and thoughtful design that it’s almost akin to unwrapping Christmas presents.  Environmentally speaking, you really couldn’t ask for more detailed places to practice your powerslides.  Additionally, the cars themselves are certainly nothing to balk at – each one possessing the sort of looks that will have you doing double or triple takes, making sure that you’re not looking at real vehicles.  Sure, it might be somewhat immature or self-indulgent to gawk at graphics, but DriveClub seems like a special case.  Because it feels a bit more deliberate in the way it presents action, you’re actually able to soak in quite a lot of the game’s finer points and details.  Assuming that cars were blazing around the track at all times at ludicrous speeds, much the title’s beauty would be diminished. 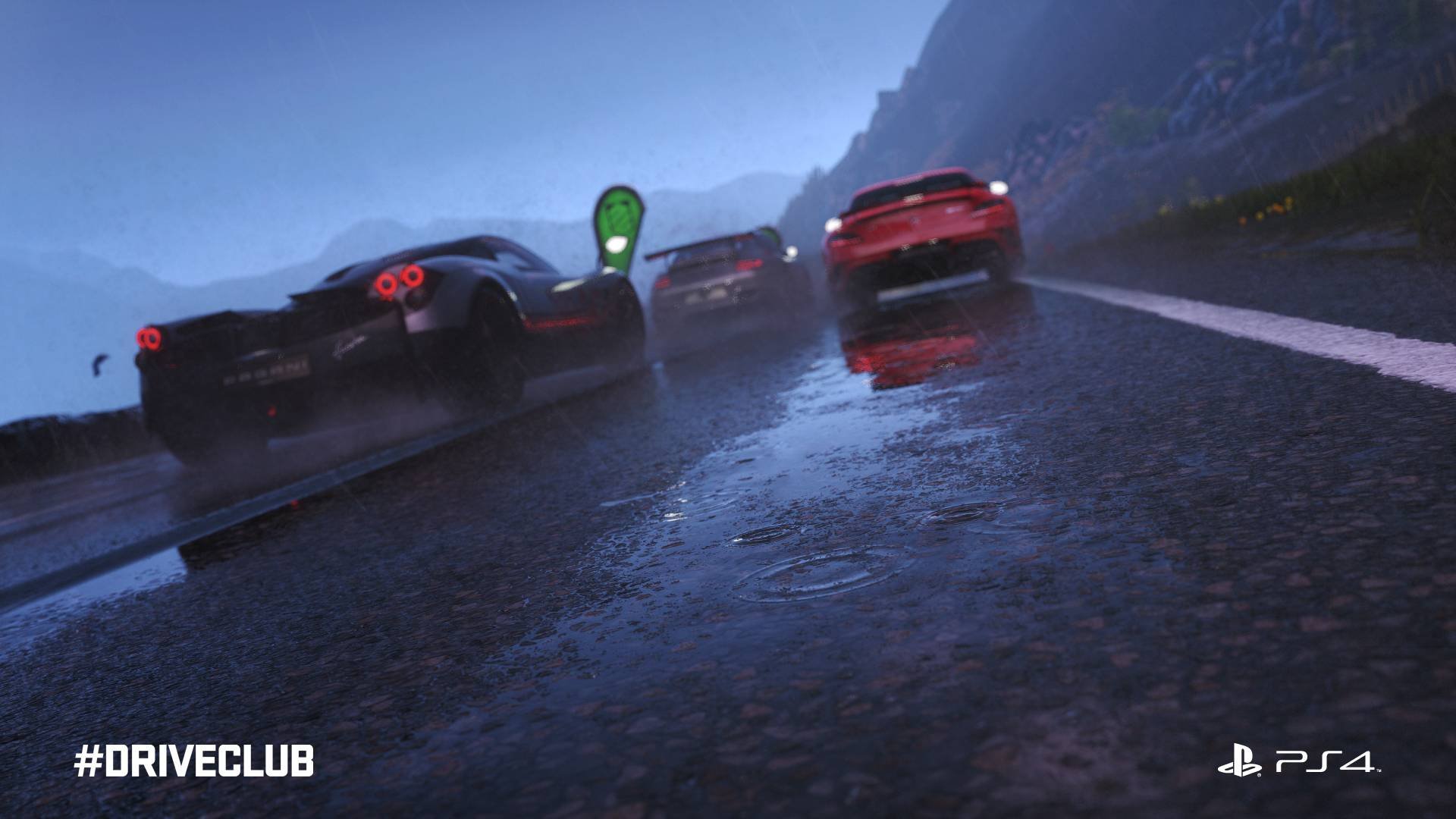 Then there’s the whole “car culture” meme that the DriveClub team (and video game industry press) have been touting for forever…  Does it live up to this seemingly impossible dream, you ask?  Actually, DriveClub does seem to function pretty well as a multiplayer hub and meet and greet for people that get a kick out of driving, racing and cars in general.  In this sense, the devs have pretty much nailed it to the wall, having taken aim and hit bull’s-eye, achieving more or less exactly what they set out to do.  Of course, we’ll have to wait and see how things go over the long run, i.e. – whether or not it is actually capable of fostering something even greater, for example.  For all intents and purposes it basically gives everyone a little something to sink their teeth into as well, making out as a sort of “take all comers” driving game that can be socially peaceful or angrily competitive at the drop of a hat.

Naturally, anyone that loves driving / racing games and owns a PS4 would do well to check out DriveClub.  While it certainly goes without saying that you can’t always satisfy everyone, it’s safe to assume that more than a few people will find this game to be satisfactory or better.